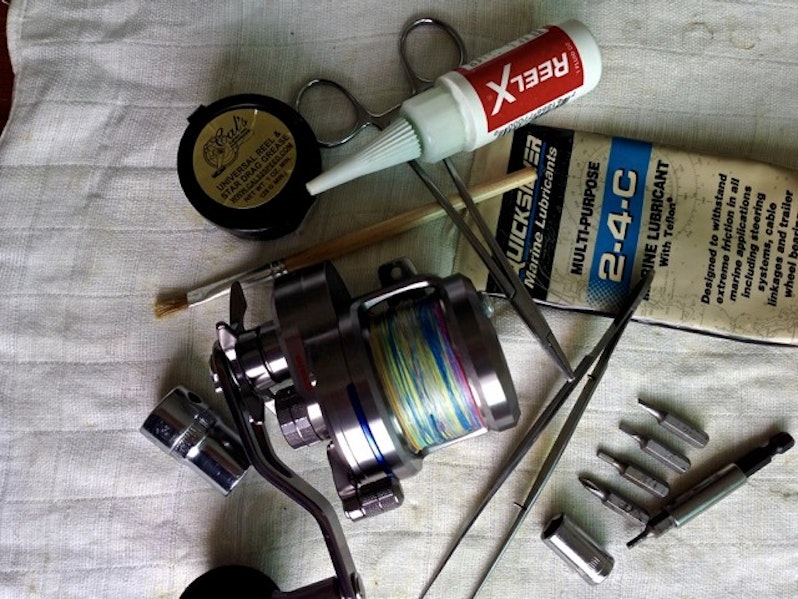 The venerable Saltiga Z JDM drum reel was so smooth, it rivalled ABU's Ambassadeurs which were legends in smoothness in their time. Cranking a Saltiga Z gave one a pleasurable feeling of silkiness that I relate to stroking the coat of a kitten. And who could forget the attention to detail Daiwa engineers gave to that reel — with O-rings for weatherproofing almost everywhere, including the screws that held the reel together.
Sadly, after the success of Daiwa's Saltiga overhead reels, Daiwa seem to have changed tack and favoured the egg-beater style of reels for the Saltiga range and so it had been, for well over a decade. Thus it was to the delight for conventional reel fans that Daiwa launched the Saltiga-10 and Saltiga-15 Star Drag reels during the Japan Fishing Festival, at Yokohama in January 2015.
I'm really curious to find out what the new ATD drag in this reel was about, so I couldn't wait to open up the reel for a look. How does a reel automatically adjust the drag? Would I find some little green men in there, turning screws to adjust the drag? Daiwa's owner manual cautions against taking the reel apart. But I can't bear not to.
So join me as I go against the instructions to see what is inside.
https://gaspinggurami.wordpress.com/2016/10/16/servicing-2015-daiwa-saltiga-star-drag-1015hl/
Best,
LL