Arbain Salleh, who found the remains, said it was not an animal he had ever seen before.
"I’ve been fishing in these waters for more than 20 years but I never came across
an animal like this," he said.

The 45-year-old fisherman said the animal could have been up to seven metres long, although
he only managed to bring back bones measuring up to 1.5m.
"The rest is still rotting in the mud, but I will bring it up gradually, so that it can be identified," he said.

Arbain said there was speculation among the villagers that the remains were of a saltwater
crocodile, but a pawang (medicine man) who specialised in catching crocodiles had
discounted that possibility. A fisheries officer from Port Klang called in by villagers could
not identify the animal neither.

"It’s like nothing I’ve seen before, but these are partial remains so I don’t want to speculate," he said.

The officer said an expert from the Fisheries Research Institute in Terengganu will examine
the recovered remains and DNA samples would be taken to be utilised in determining the creature. 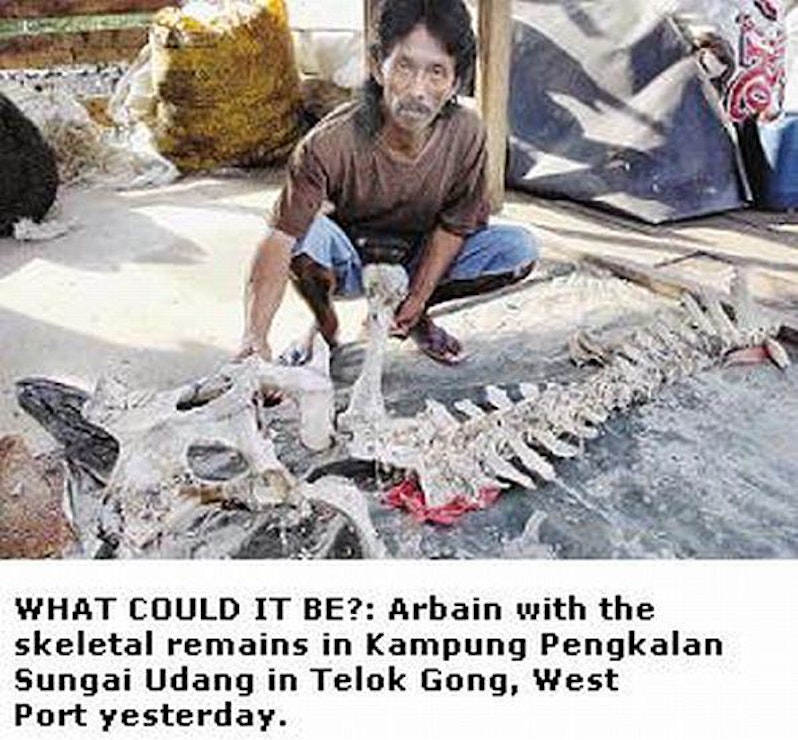