bulldog
May 2005 edited May 2005 in Catch Reports
I was with 2 frens in Ubin when Pasir Ris Pond had free fishing. Actually wanted to go to the pond to try my luck but was forced to go to Ubin by my frens... We bought all our things at Changi, 1Kg of Live Prawns, Sarong and 1/2 kg of Tamban. When we arrive at Ubin, it was already 3pm. The tide was at about 4plus and we hurried to get our usual taxi driver to send us there. When we reach near to the spot, we had to lug all our equipments (Total 3 or 4 bags per person) and walk 15 m- 20 mins to the spot because it was inaccessible to vehicles.

When we reach the "Spot", we immeidately, rig up the rods. I was the first one to start casting but didn't land anything. Another fren of mine who was the last one to cast out, immediately when the line (Appolo rig) hit the water, a "monster" hit his prawn instantaneuously. He "fought with it for about 5 - 10 mins before we netted it, a 3 over kilo Chermin. Since it was a almost full tide, we landed another 4 more KBL about average 2kg in weight. We had to stay overnight there as we could not find anything vehicle to bring us out. So we decided to wait until the next tide at 3am..

At about 12am, the tide was just beginning to rise, we decided to all use floats with light sticks. Mine was the first to go down, I was using a Shimano Reel with only 12Lb line and 30LB leader. I almost landed a 2 - 3 Kg KBL but it jump a few times and finally cut my leader line against its gills. What a waste! Next in line was a Blue spotted Sting Ray... Wasn't much of a fight but it was sure heavy, it took a Tamban bait. Another surprise yet, when we brough it up with our net, we noticed that something was coming out of its "Back". when we look closer, we realised that it was a baby sting ray.... Gawd, wat a manificent sight...we immediately, threw both Mother and Baby back into the water and we saw it swam away... Well, the rest of the night saw us landing Catfish and Eels, but other than that we caught nothing.... Well enjoy the pics, nothing much I can show... 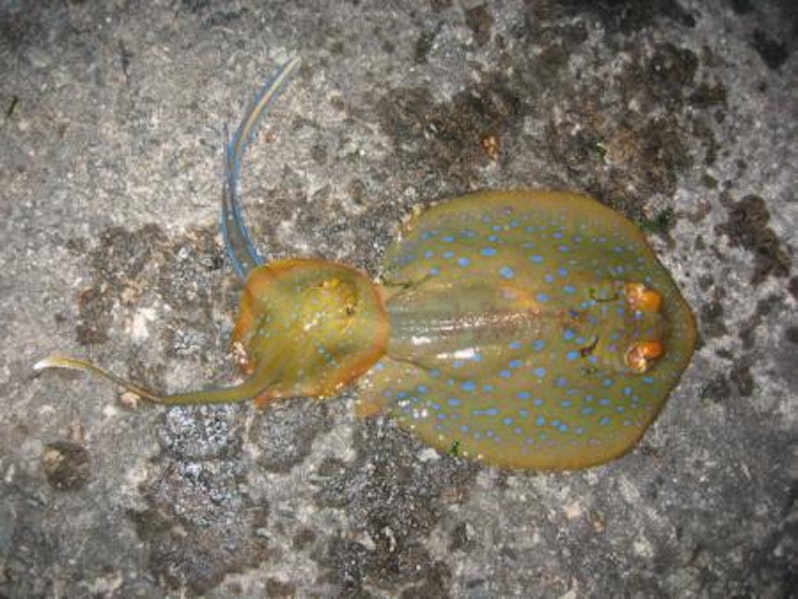 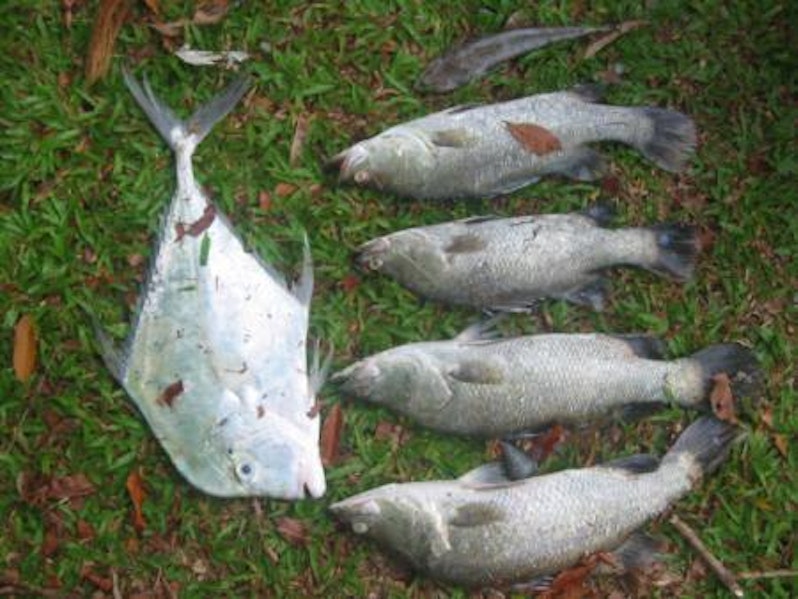