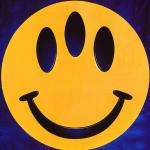 Michael Lim
March 2021 in Catch Reports
So 4 of us went out after a long while away from Changi waters and after a nice breakfast, we went and boarded my fav boatman from Changi side.

Heading out from low tide waters, we went to the breakwaters for casting practise.  Our 2 fishos fired away but to no avail...  Me and Marko managed to get small arumugams though on tenya gear.  Marko was on a roll and hit fish and fish on his PE 0.6 setup...  Mangrove jack, queensland grouper, orange spotted grouper.  I got myself a small filefish and small flathead. 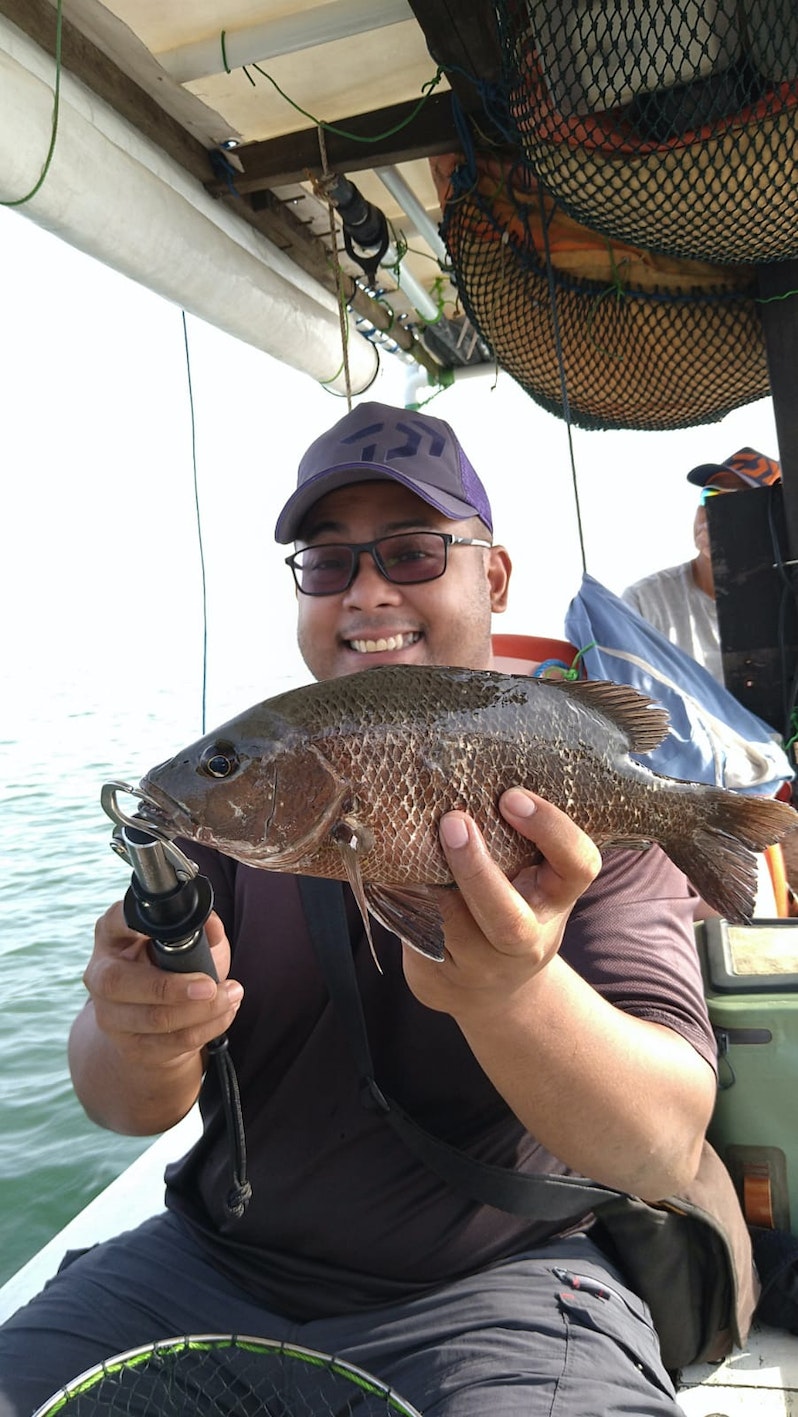 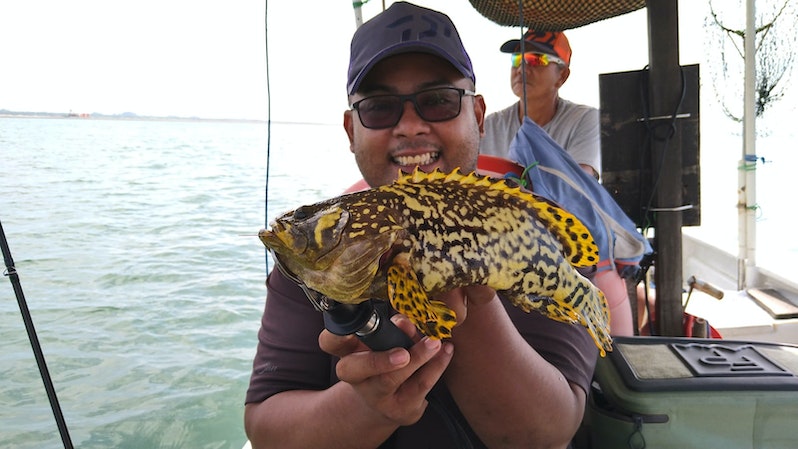 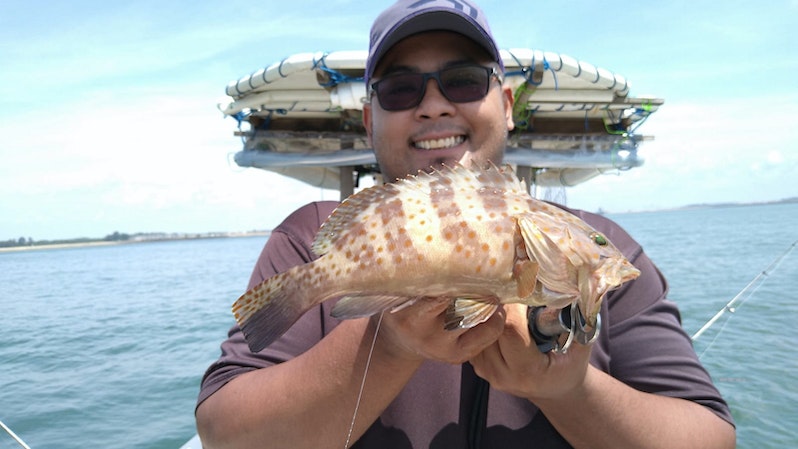 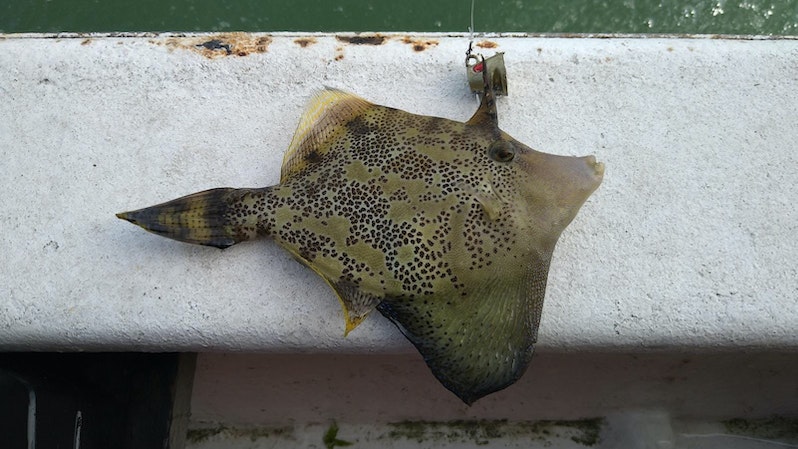 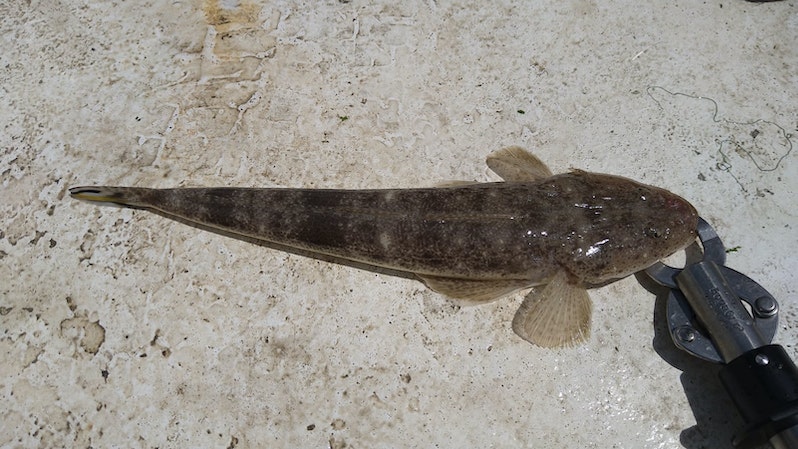 After much trying for the lurers and tenya, we gave up on this spot and moved on to the next one...  there we were greeted by our old pals, the blue lined hinds...  they kept biting the tenyas and we were entertained by them for a while.  The 2 lurers continued but still didn't get anything for a while.  Until finally, there was a good take on the deep divers...  It was a mangrove jack, easily about 3lb and was brought up into sight...  we called for the net and before it was  passed over to us, the fish had dived and unhooked itself...  (First loss)

Ah well, try harder.... but still nothing else wanted to come up to the lures.  So after lunch for all of us, and catching a number of blue lines, we headed for the next zone.  Jigging spot...

Current and winds were fast and we had trouble getting the jigs and tenyas down into the sweet spot.  We caught some groupers on the drifts and missed some.  And one grouper came up and got pretty scared shitless....  it actually ejected out some black ink from it's previous meal, likely a squid or cuttlefish.

Our dear fren, Doc had his white t shirt and legs splattered all over and got inked by a grouper.  LoL 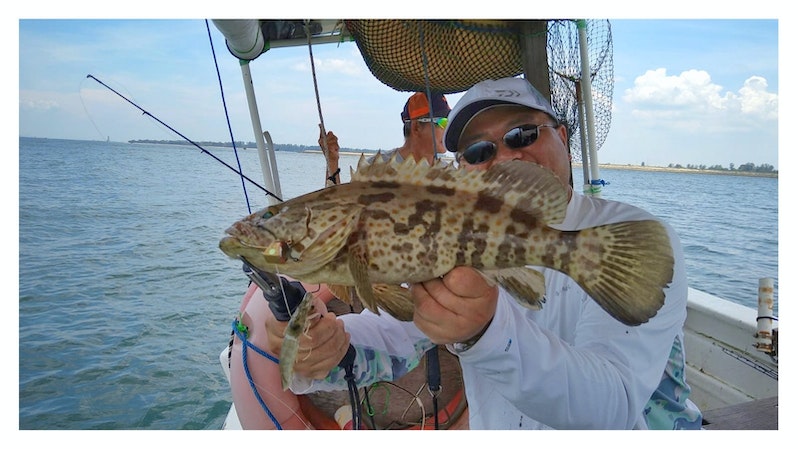 A while later, the currents slowed down and we tried again, success another MJ by An Ren 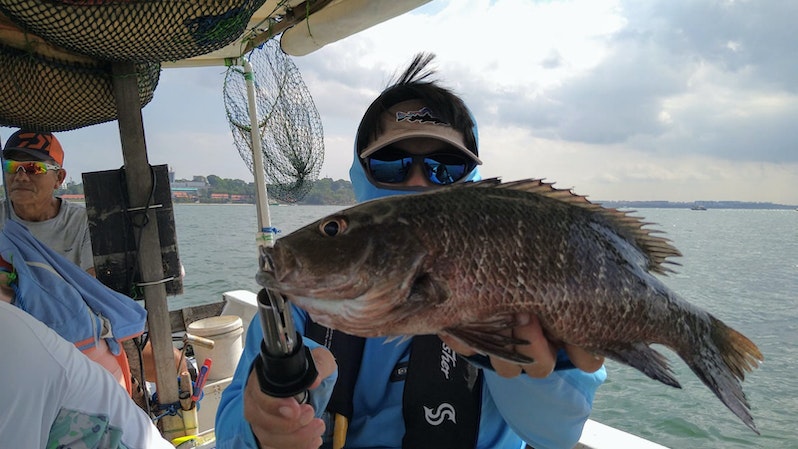 Another amusing catch, swachiam which tried to go after a tenya...  these sand whitings are getting quite fierce these days... 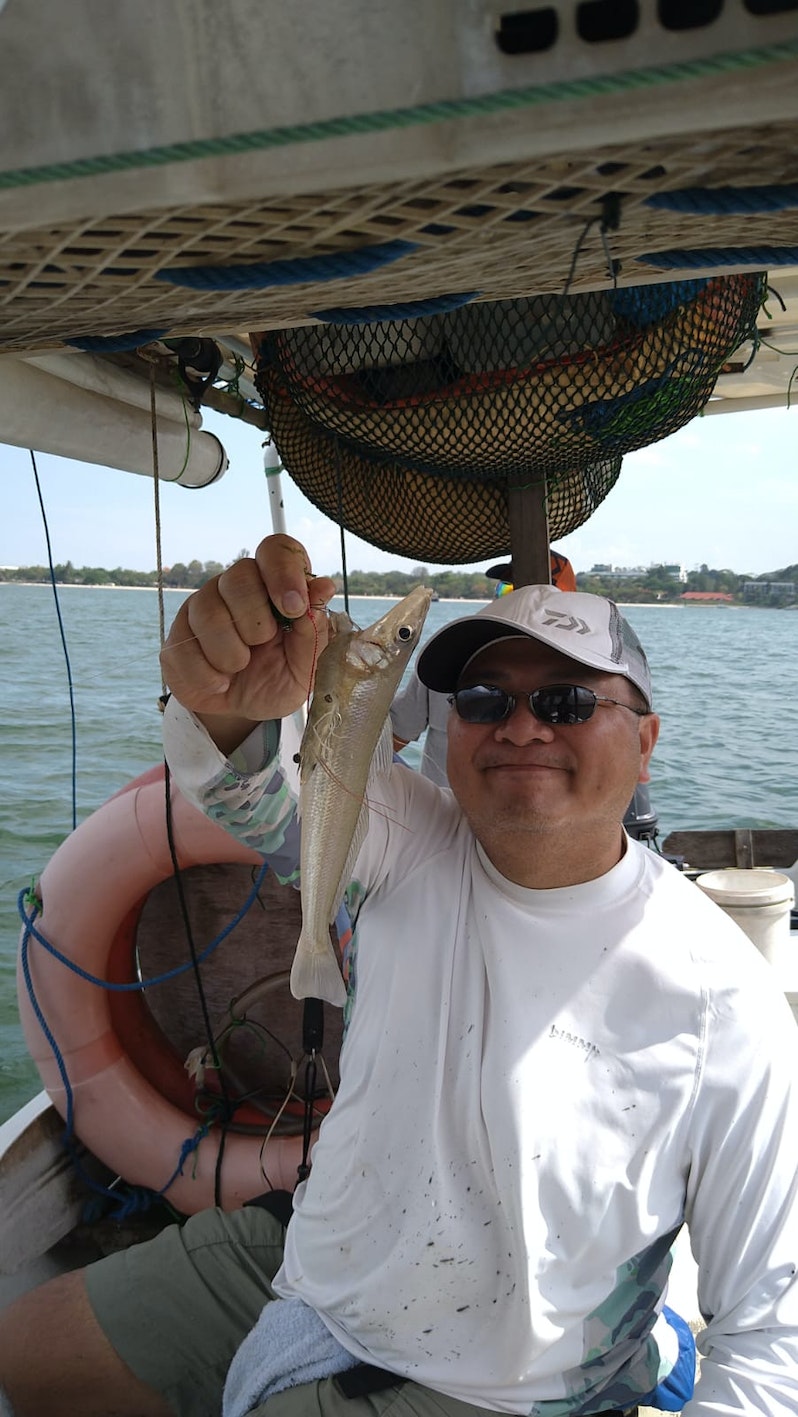 Then we went on to the last spot, and on a drift, Marko managed to con yet another grouper on his light setup 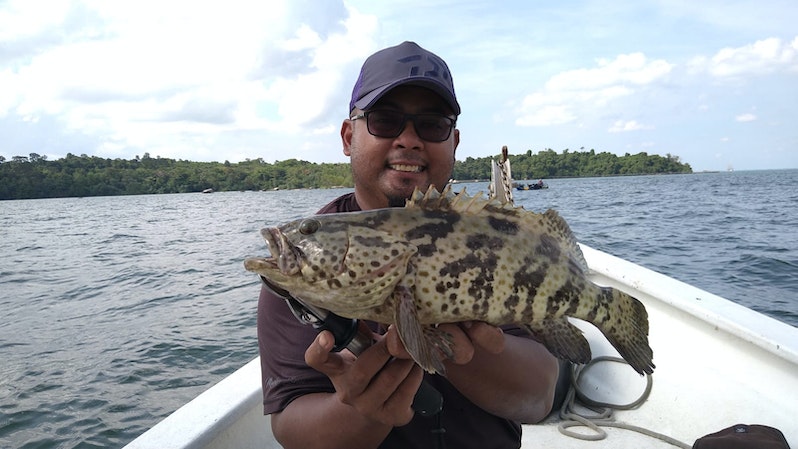 After yet another snag and break off, Marko took a rest and chilled...  Seeing as it was ending time soon, I passed him my setup and I tried jigging for a while...  and he set the hook on a nice MJ and quickly returned the setup to me.  I took over and landed the fish and promptly began to ike jime the fella to keep it fresh and nice. 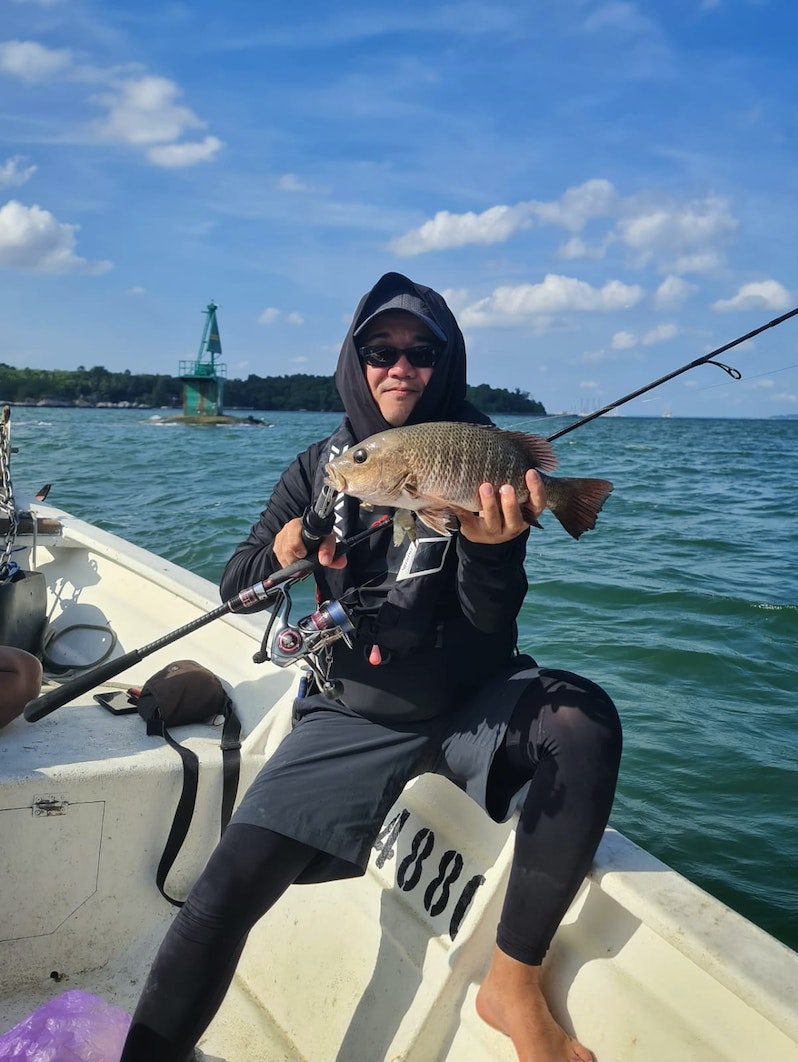 And while I was doing so, Marko landed yet another MJ on my Kohga setup.
and here they are after cleaning... 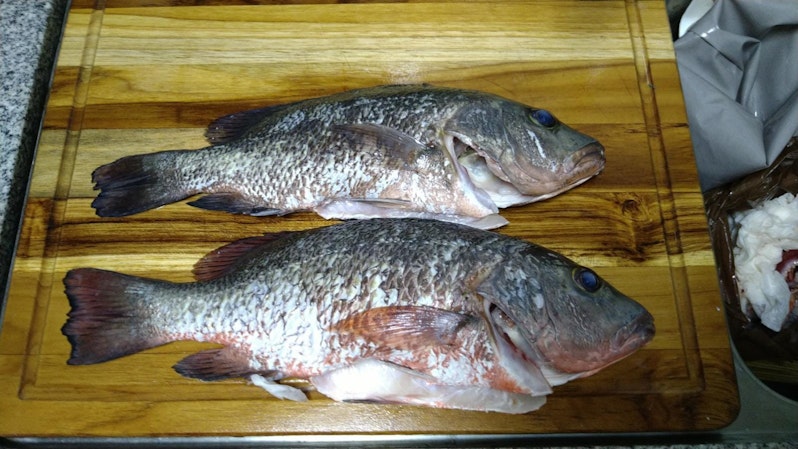