Michael Lim
September 2019 in Catch Reports
One of our kaki was stuck with work, so it ended up as a 2 man team out.  And since the only guy left with me (Melvin) was getting started with Tenya, I decided that we'd do a tenya trip instead of casting lures.
We started off out in the channel between P. Tekong and Changi and began hunting.  Current was light but still required approx 60gms to reach down. 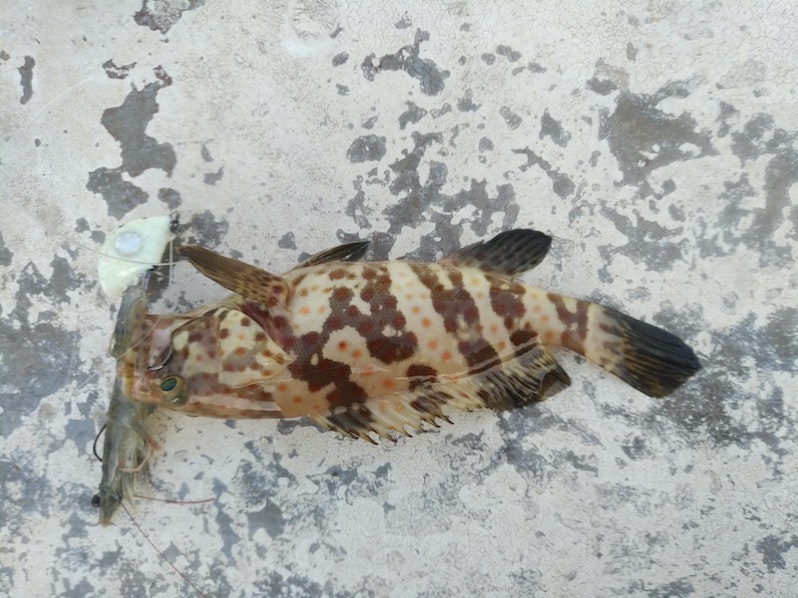 Small grouper which was released.  Too small for food. 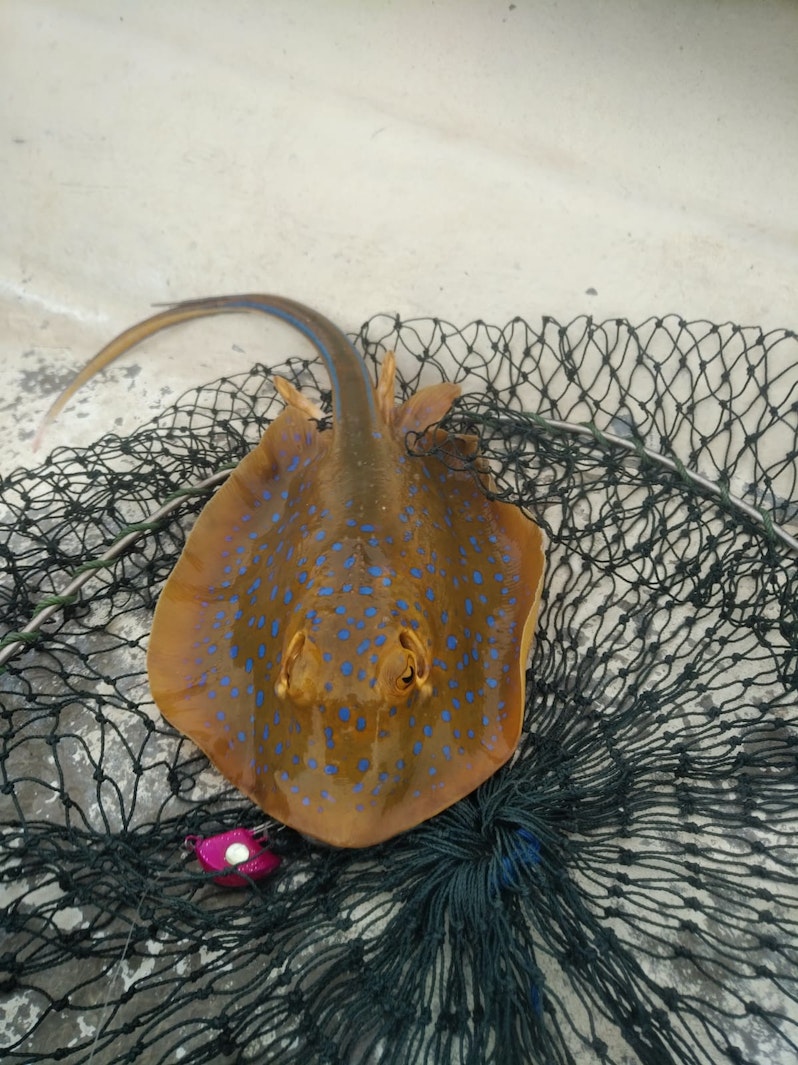 Melvin got a take and yanked it off the bottom, halfway up he was wondering if the fish got away.  Turns out the ray was swimming level and had not pulled down at all.  It was de-hooked and released.
And moving around we found this spot which produced this : 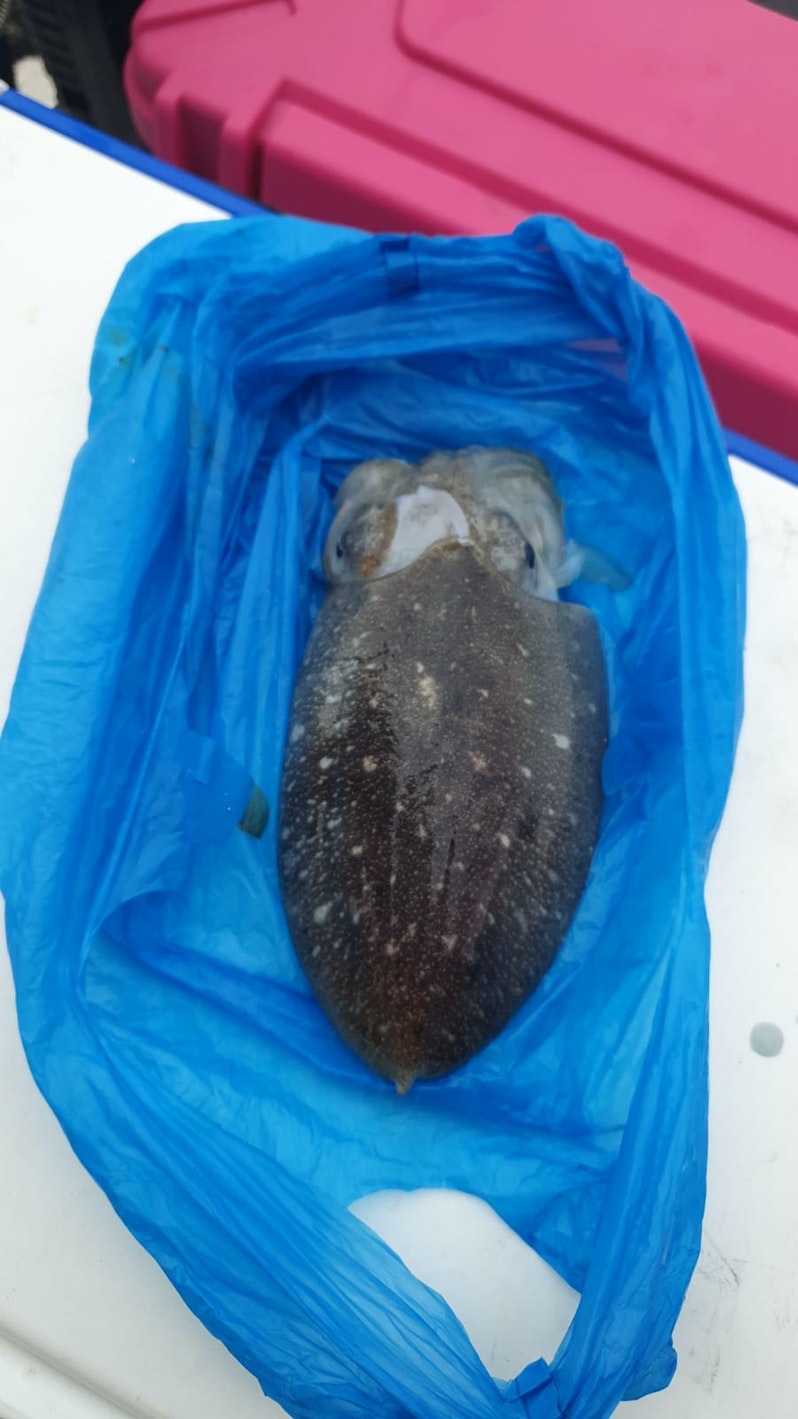 Amusingly, it was just a dead weight which actually dropped off the hook twice, but was enticed to turn back for the prawn again and again.  Kept in the plastic bag to prevent it from fouling up the icebox.
Another fella was again pulled up to the surface but was spooked by the net when Melvin excitedly tried to scoop it up too fast.
Finally it was my turn at something decent as the current was against the wind for most part of the day. 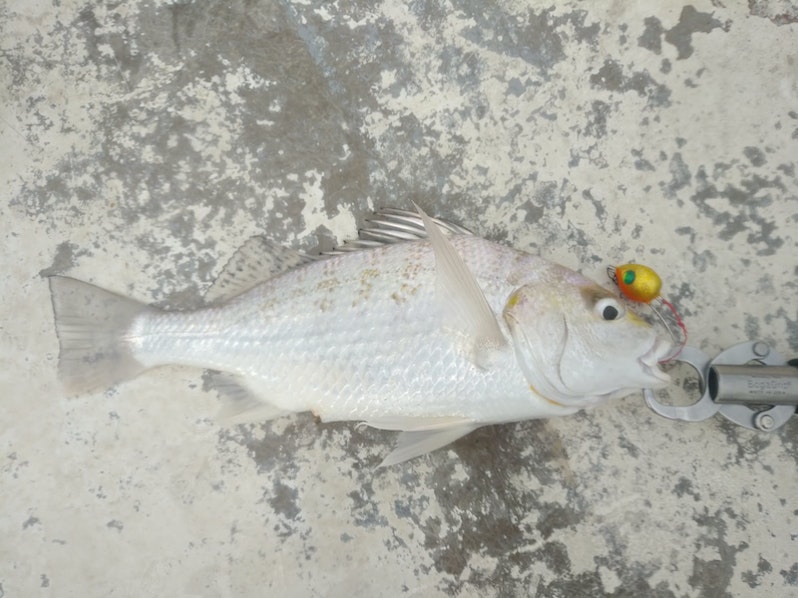 A nice Javelin grunter which took the bait pretty hard and tried to take off again and again.  The Daiwa Kohga rod was nicely bent and the drag squealed on my Daiwa 3000LT Certate.   When I cleaned the fish later part of the day, then I realised it was a female which has roe inside. 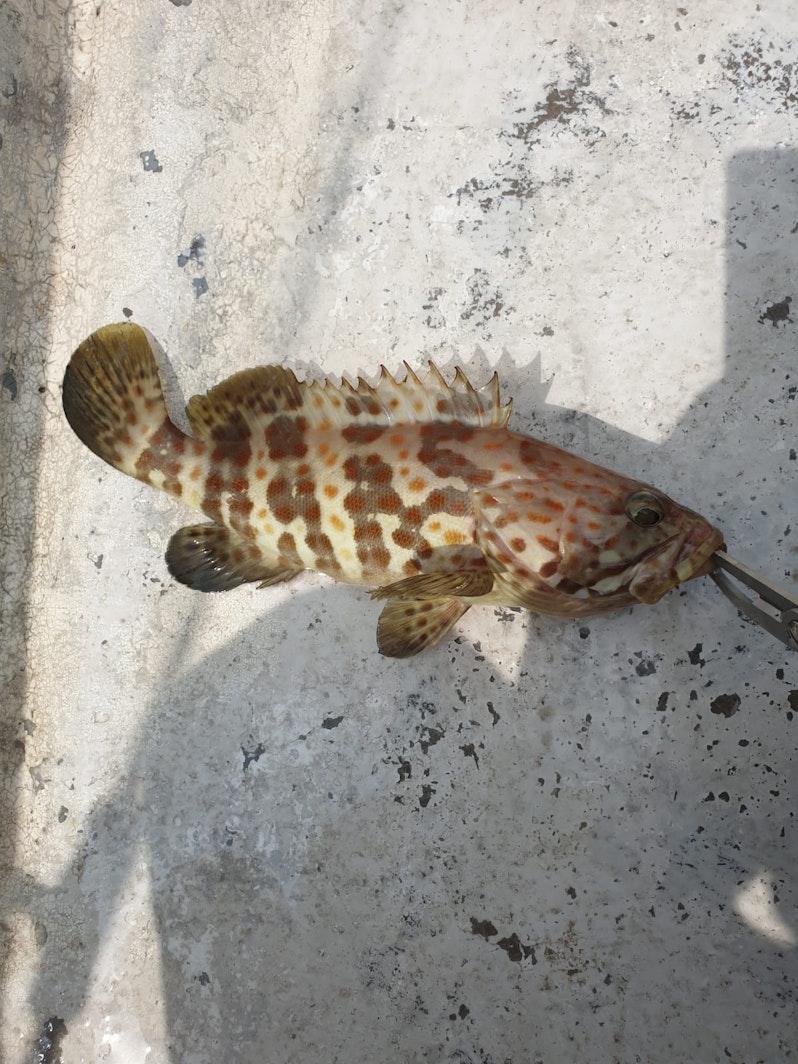 Melvin got one more grouper.
After this fish, it was quiet again.  The storm hit and we were all drenched even with a rain jacket on, it was that strong...  And we also left the rain pants at home, bad choice there...  hahaha... Tried a few more spots also didn't produce anything.
Moved to the last spot for the day and finally managed a couple of small hinds and arumugam (all released)
Well, it was not very productive, but an interesting one where we found various species which actually took tenya's.  The ray was definitely a surprise, and the cuttlefishes too...  The grunter was the only consolation fish which was respectable out of the whole trip.  But well, that's fishing.  Good or bad, it's still good to be out fishing.
We'll head out again, soon.
Sign In or Register to comment.
Sign In Sign UpForgot password?
CLASSIFIEDS
TRIPS