Michael Lim
March 2019 in Catch Reports
So a few of us went out again for another fun-filled session fueled with more and more poison...
Melvin had been poisoned into casting crankbaits and tenya...  This time, we shall see if he managed to achieve his goals.
Francis was more into trying out various methods which may or may not work.
We ventured out to the first spot as usual and we tried a couple of the usual crank baits, but they were not accepted...  so we kept trying, Francis went with a different idea, big rubber minnow on worm hook and a weight to bring it down.
He struck it with a solid specimen of 8.5lbs which bent his G-Loomis into a wicked curve and took line from his blue Certate at a vengeance...  advising him to take it easy, we were passed the net and we let him have his fun...  slowly pumping up the fish, when I saw the leader come up, I grabbed the net and moved closer and saw the colours...  nice size. 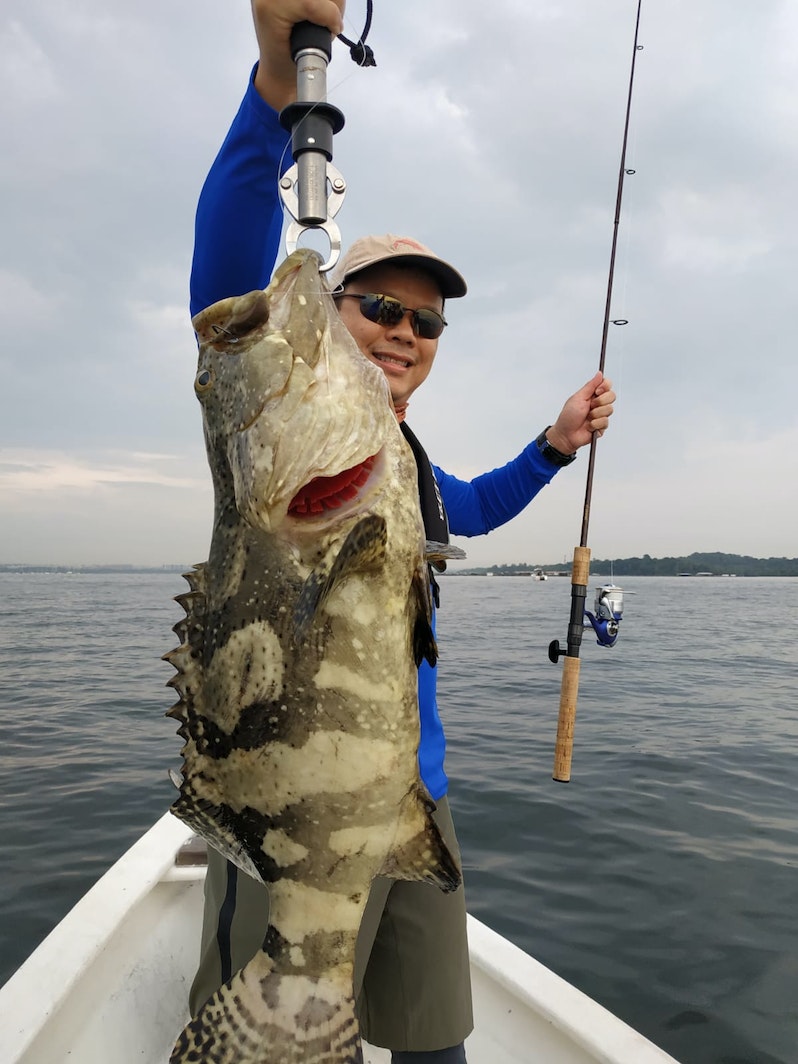 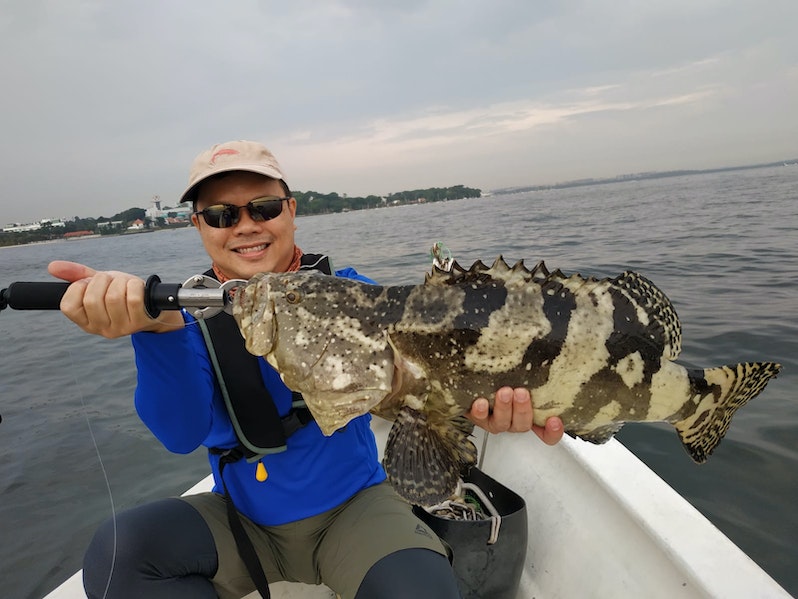 A while later after being advised to try other colours and sizes of lures, Melvin struck a nice one too.  This time on his newly acquired Tailwalk Outback and Tailwalk LS BC set on a Megabass X300. 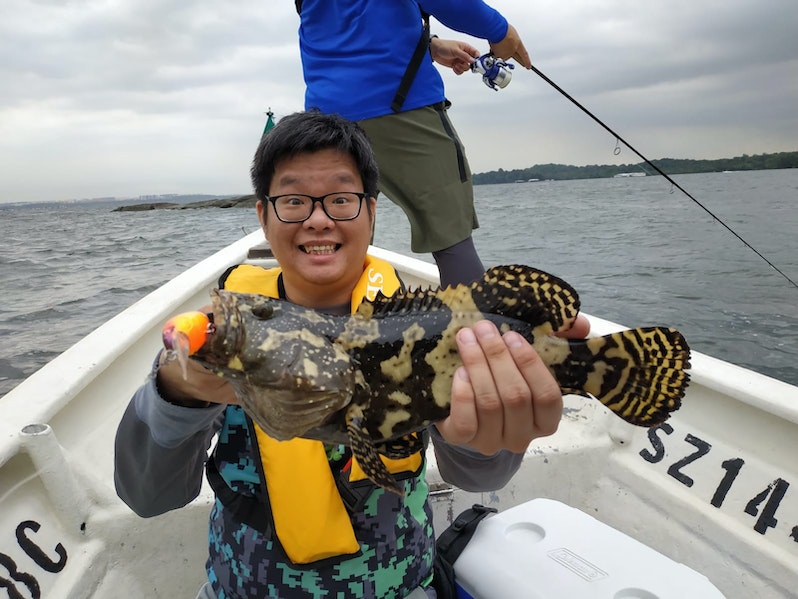 You can see him beaming away with his first catch on BC type tackle and esp. while casting crankbaits.
Sadly, his lure was lost a while later when he got snagged...  time to go shopping again.  hehehe...
The other spot didn't prove to be any good as we kept casting, dropping baits, etc...  but no takers.  So we were advised to give a totally different spot a go.  Bottom fishing spot.
So we went there and tried tenya fishing.  Even Francis gave it a try...  here I was lucky and managed to get a nice Chermin on tenya 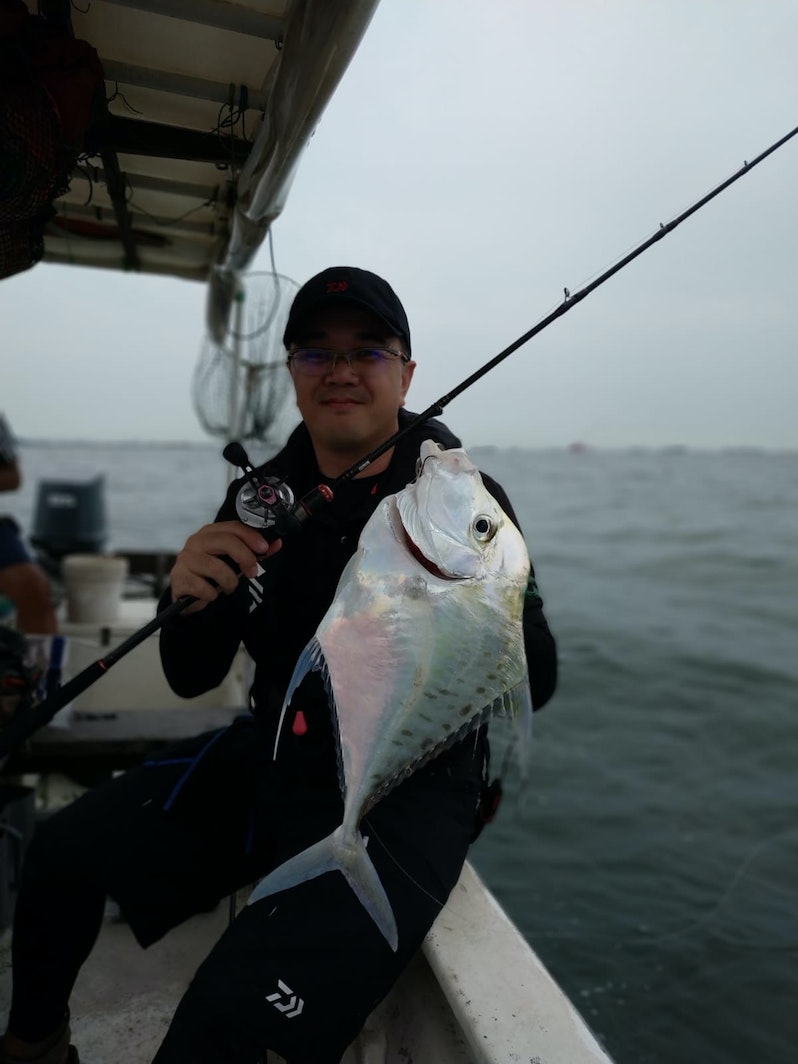 We did managed a couple more small groupers and the next funny thing occurred.  I felt my tenya got heavier but I know it wasn't a fish, so I cranked it up and checked.  This fella was wrapped on my tenya's prawn. 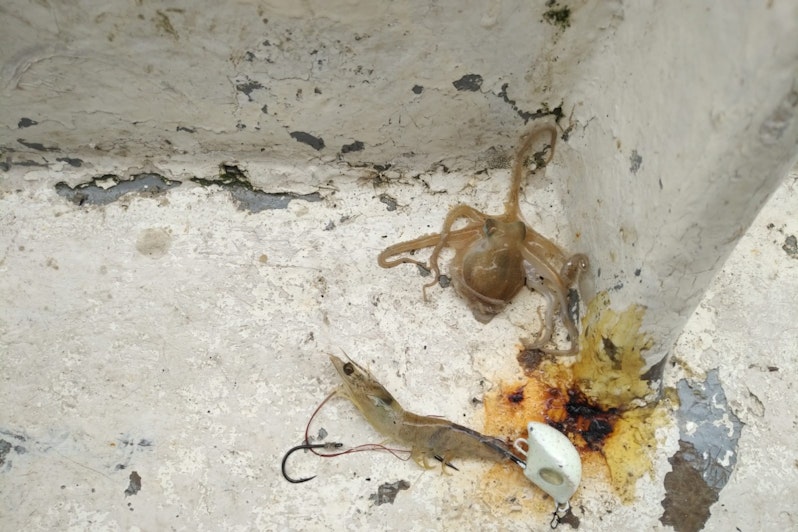 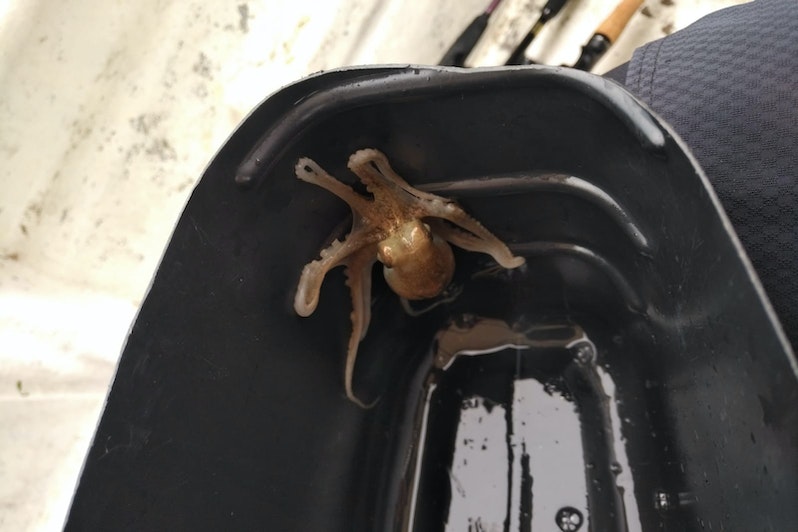 So I killed it and put it onto my tenya as bait. 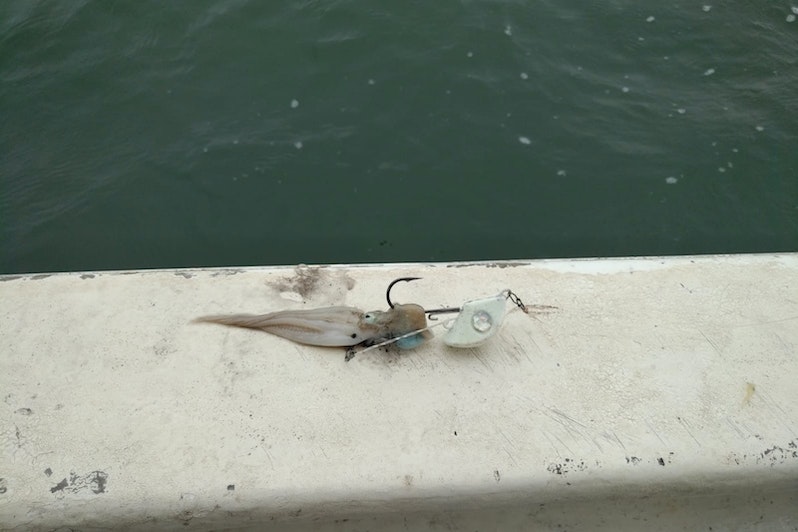 It was taken a couple of times, but I did not manage to land the fish nor get secure hookups.
Only after we moved to another location did a small grouper managed to molest my ocky and got this fella. 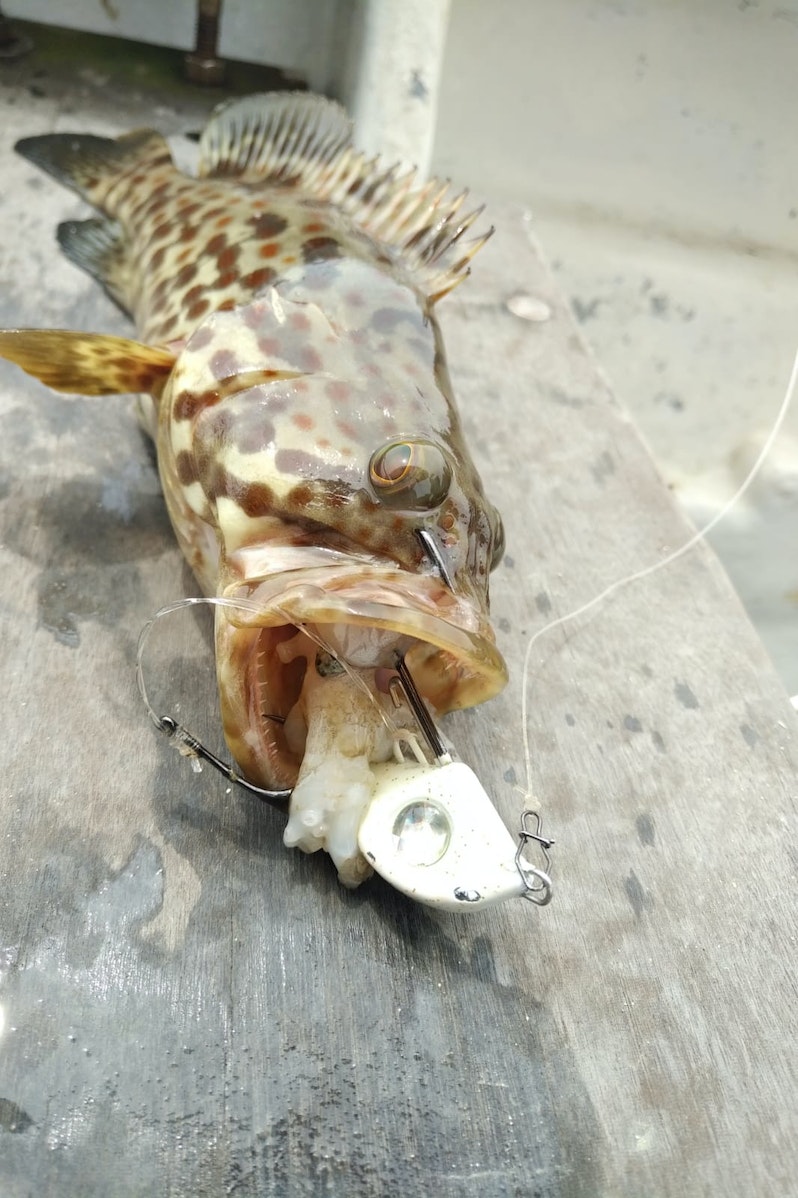 Almost as a consolation, Francis got a last grouper near the end on his crankbait. 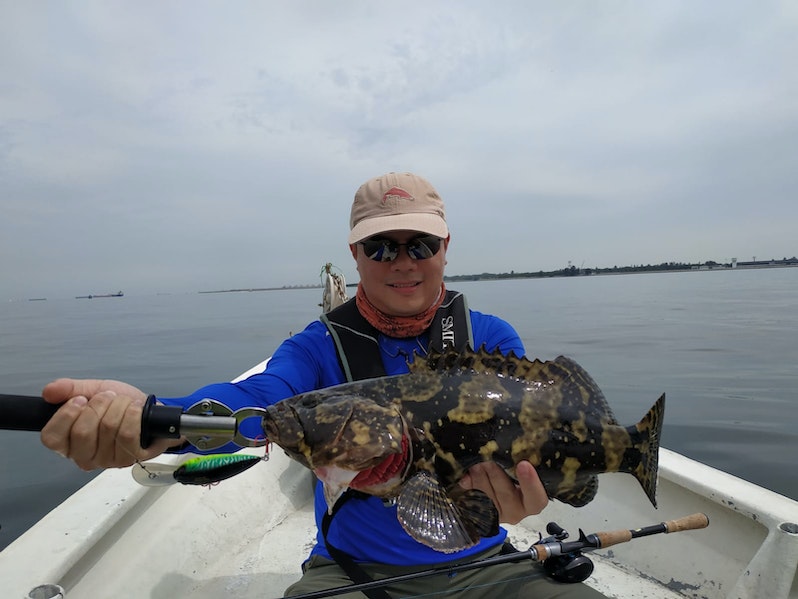 And I lost a small table sized KBL as I had thought it was a small grouper which grabbed my tenya bait and lifted up the fish without even striking until it was at the surface.  Too bad it dropped free and swam off...  Well, I'll get the KBL next time...
Sign In or Register to comment.
Sign In Sign UpForgot password?
CLASSIFIEDS
TRIPS