Michael Lim
June 2018 edited June 2018 in Catch Reports
Another day out grouper hunting after a long hiatus...
The 2 of us went hunting without a third as he was unavailable...  After a nice breakfast, we went to board our boat and proceeded to our hunting grounds.  But sadly, the first spot was getting barren and refused to produce even a single tap or hit.
Moving along, we went to the next area and started hunting with smaller lures.  Well, at least a small fella came up to greet me. 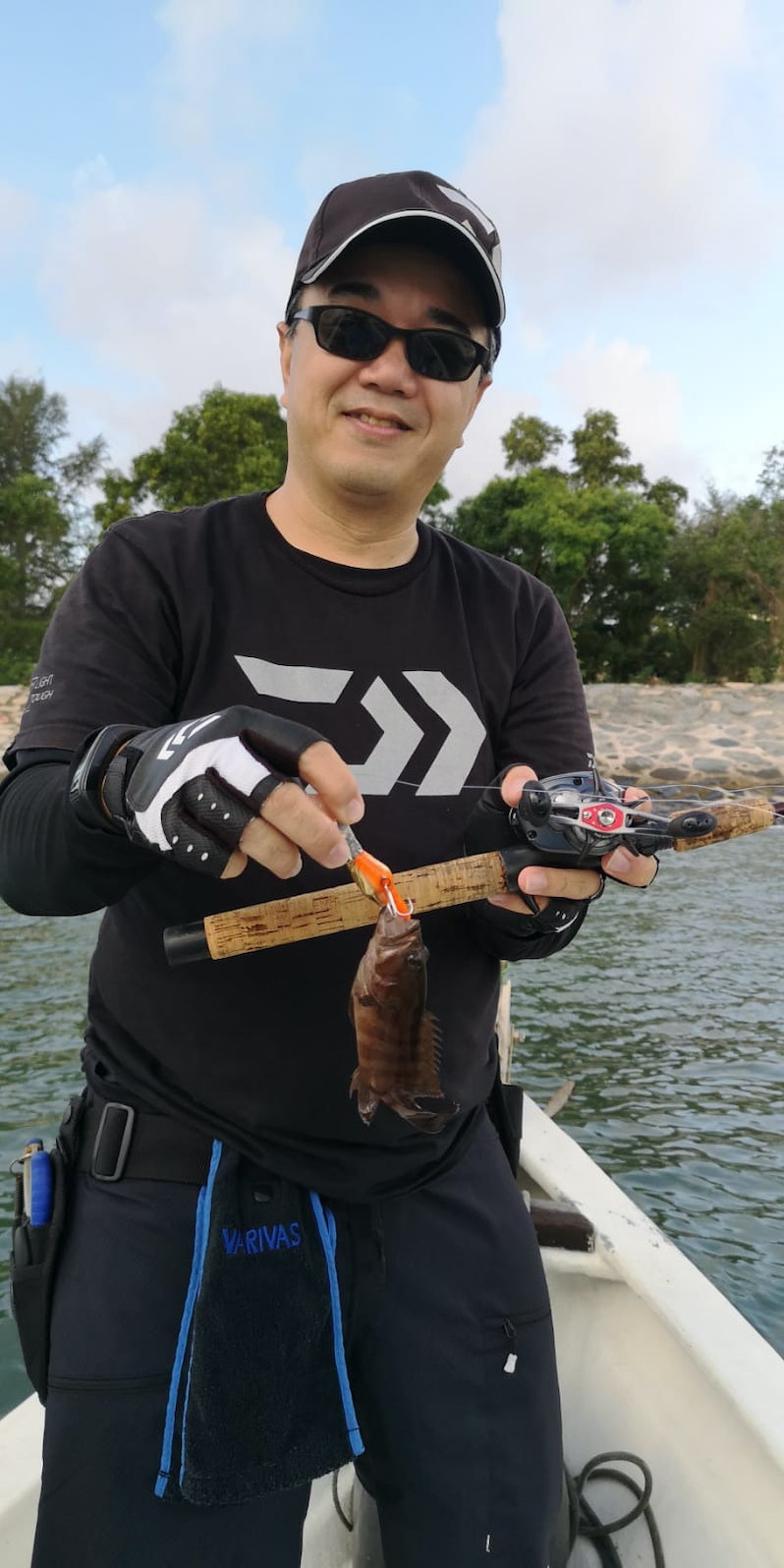 Promptly released, we tried a while longer before I gave up and started with my usual tenya.
A few smallies later, I managed to get this beautiful Squaretail Coral Grouper (Plectropomus areolatus) on the Daiwa tenya and Enya prawn (from Baithouse) 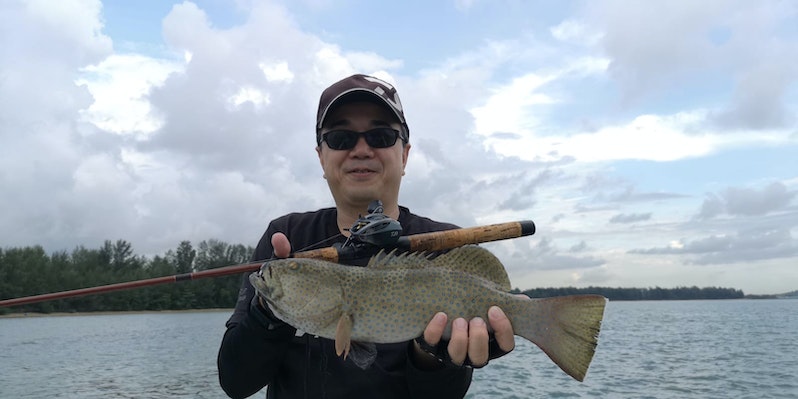 The excitement started to kick in and we continued with the tenya...  A while later this fella climbed on and bent my G-Loomis CBR right over into a wicked bend.  I thumbed the Steez A and proceeded to crank it up slowly...  On breaking water surface....  wooh, it was a nice Dragon hybrid and again on the Daiwa tenya and Enya prawn. 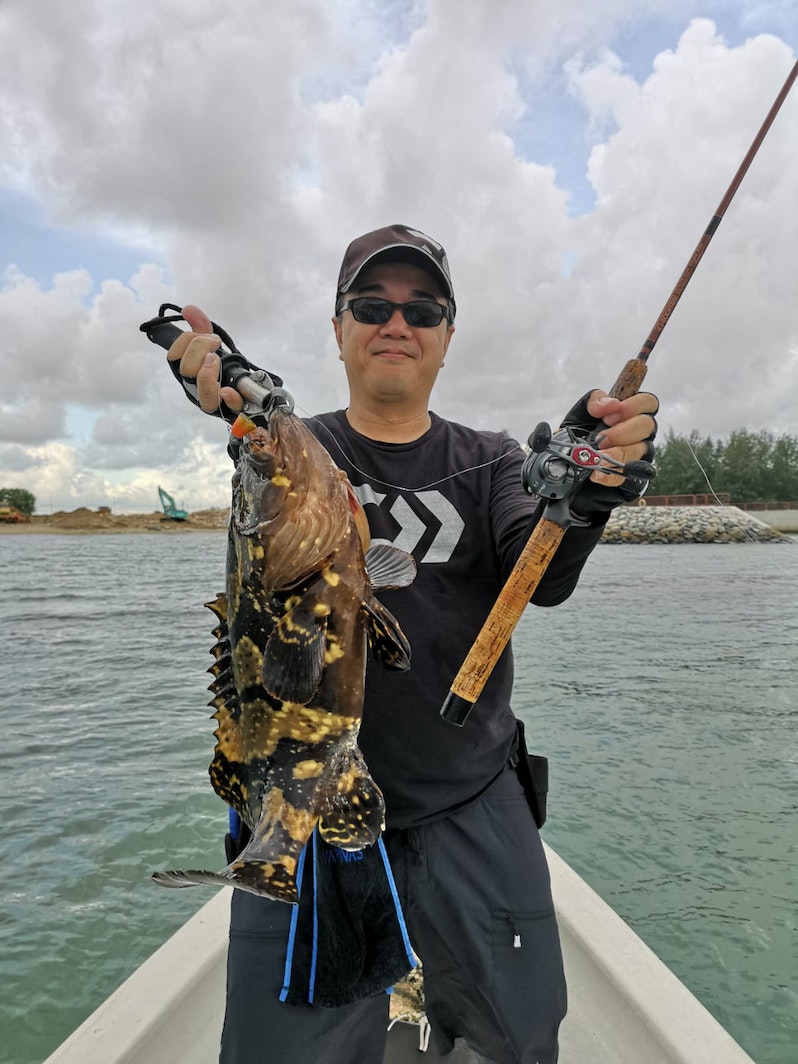 Well, the video of the release is shared on the facebook group, hehe...

https://www.facebook.com/zac08/videos/10216346415681687/
After all these and it was still early... 10+ am only...  and I was actually thinking that we had spent quite a bit of time already...
We kept hitting blue line hinds and arumugams one after another... all the way til about noon when I had about exhausted my supply of Enya prawns...  Only left 4 to 5 pcs...  So I went back to trying other lures, Daiwa HRF jigs, deep divers, etc...  but no takes.
Getting a bit bored without the bites, I began to do more funny things...  Removing the sonic paddle rubber lure from my 21gm HRF jig.  I proceeded to thread a Enya prawn onto the worm hook and cast out the jig on my HRF Air rod coupled to a HRF PE Special reel.
Keeping the rod almost vertical, I was feeling for the bottom and cranking each time it bounced on the bottom.  A couple more blue lined hinds and arumugam got yanked up for a quick visual inspection before being allowed back into the water.  And that was the end of the whole box of Enya prawns.  Including our 2 Daiwa tenyas...  both got snagged and lost...
Doc started on his fly casting and I was kinda tired already, so I just parked myself under the shelter and just chilled there for a while...  But even that was not to be, the fishes just wasn't that interested in rubber, plastics or feathers...
Whilst we did see some surface action, as soon as I started casting my surface lure, a Bassday Sugapen...  the action just died off immediately.  Trying to poison Doc into my setup, I switched with him and played with his setup which had a rubber grub on.  I cast to the side and he to the other....
A splash surprised us and it was a small barracuda which broke the surface twice announcing it's presence to us before quickly dropping off the hook.  A few cast later, Doc connected with a solid long tom. 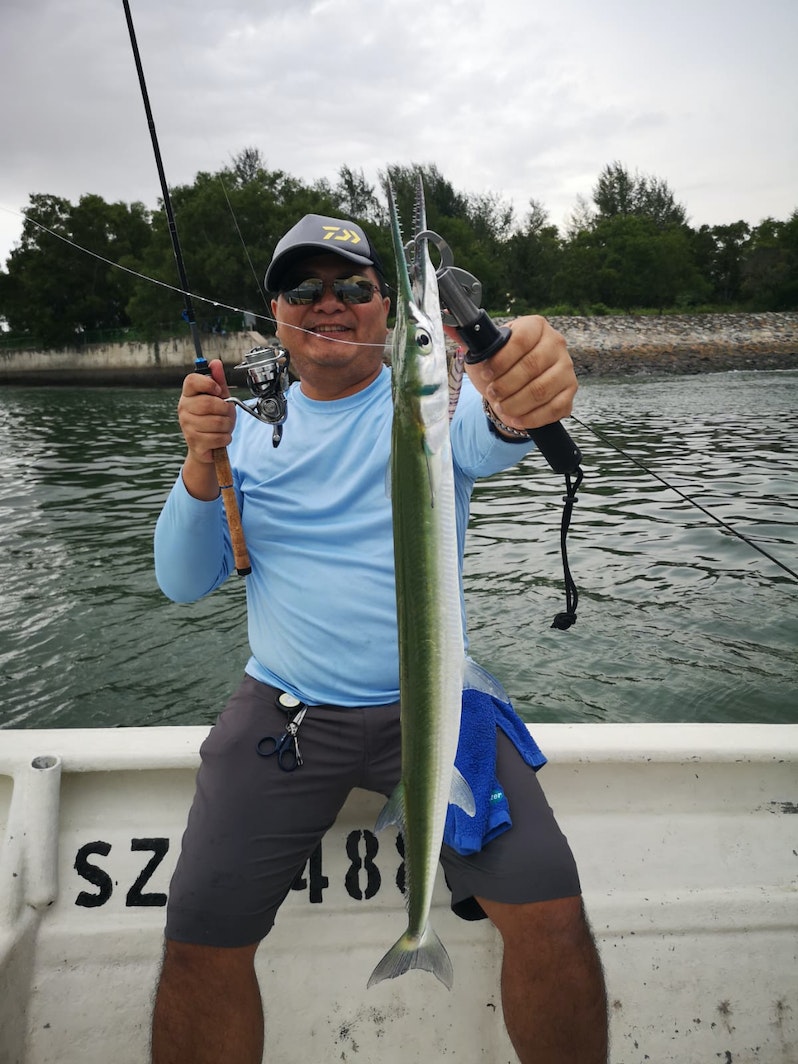 Released also...  and we were back to the tenya game, this time on live prawns though... and the bites were slow, really slow.  But I was still lucky to get some even with my very light setup of Smith Bayliner rod and Exist 2500 and Varivas ShoreCaster PE 1 line. 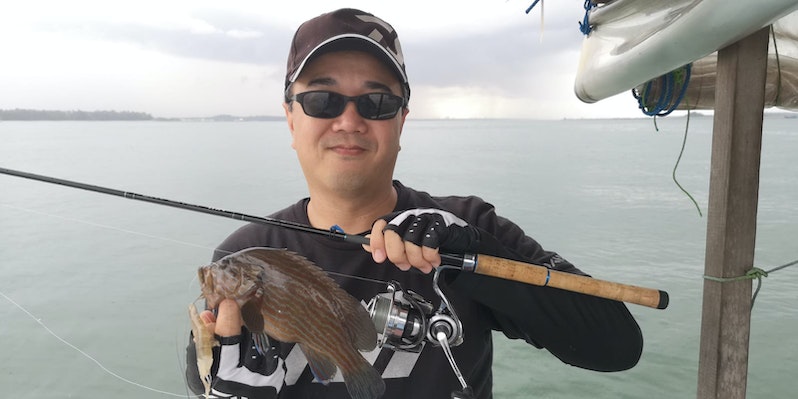 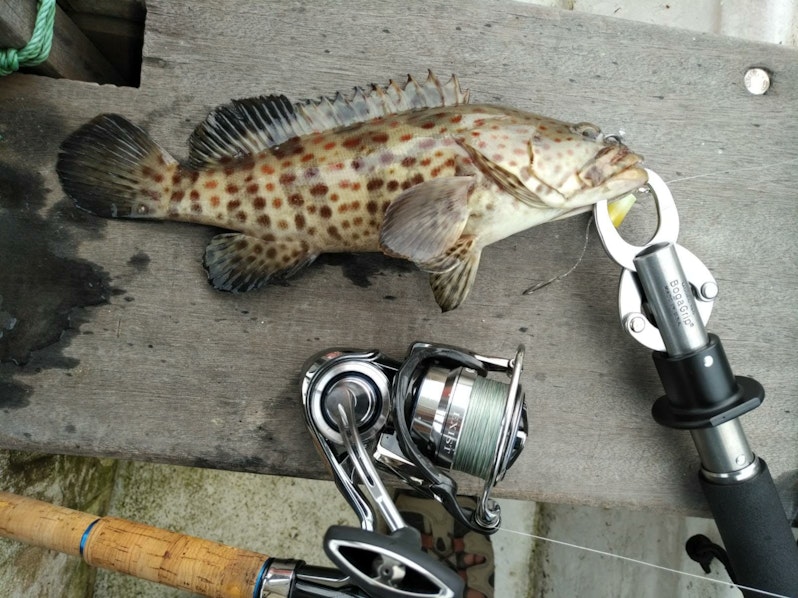 Switching back to my G-Loomis and Daiwa Steez, I connected with yet another hybrid, this time it's a Tiger hybrid 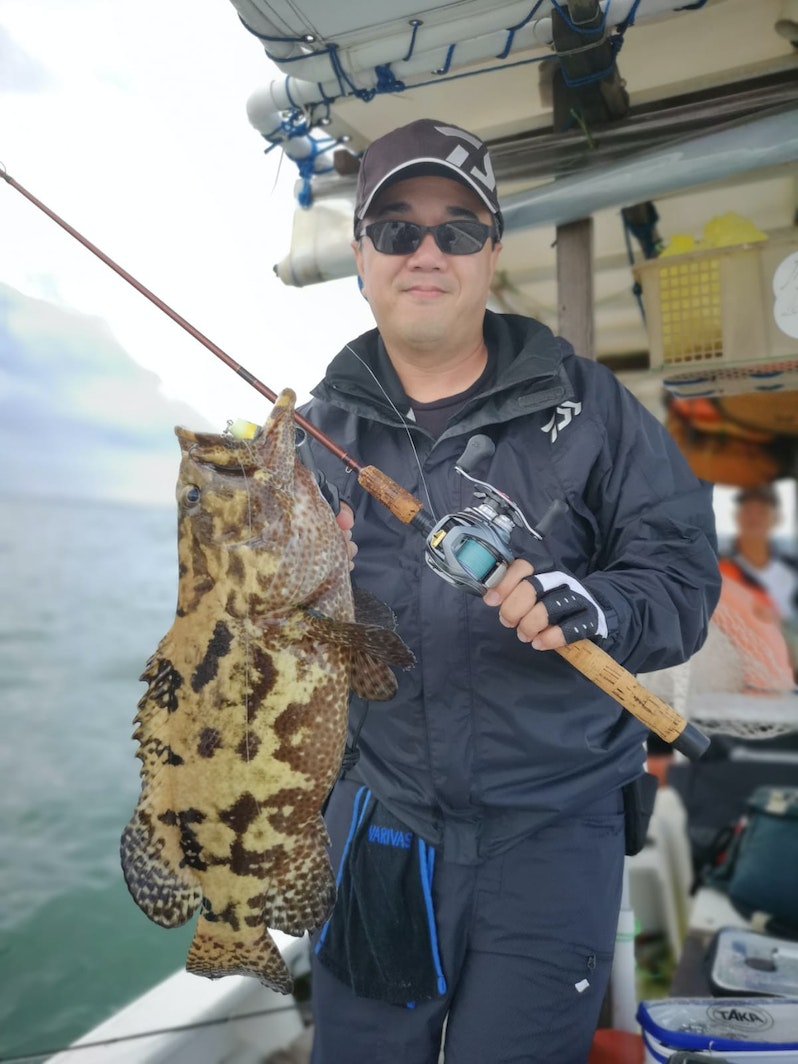 Doc even free-lined a small white shouldered whiptail on a circle hook.  But sadly no groupers wanted to take a swipe at the fish which was only interested in hiding inside holes and crevices...
So at the end of the day, I was quite happy being able to hit and land 6 species of groupers/trout in a single session.

Arumugam
Blue lined hind
Squaretail Coral Grouper
Dragon hybrid
Orange spotted grouper
Tiger hybrid
We shall be back again...  Mebbe we'll just do tenya the next round and leave the lures at home.  Hahahaha....