I had gone down to Pasir Ris Fishing Pond to relentlessly try my luck fishing there yet again (and probably again and again). When i reached there, it was already way past after midnight.

It was about 3.00 am and a few chaps were fishing at the event pond. The bite rate seems pretty bad.

"Maybe the bites will come later" - thats my motto when I am at the pond.

So after getting some live prawns and milk fish from the bait shop, i bought a ticket for an hour of fishing at the event pond. After a very quiet half an hour, I got myself a hook up. It was a table sized KBL. By this time there was only myself and another chap with his friend who were fishing opposite the event pond.

Time was running out... I was reeling in my line almost ready to give up... the hook seems to be stuck again. Increased the drag and gave a pull. It was a hook up and it seems pretty heavy. The fish was trying to tangle up the line near the water pump. Managed to ease it up to the side of the pond and saw that it was a garouper. After placing my rod in the holder, i scooped it out of the water with my hands onto the pavement. Yessss!

At the same time the pond checker came to tell me that my one hour was up. I paid him for another hour of fishing and subsequently got another fish - a table sized Taiwan Ngor. Ok time to stop while the going was good. Went over to the fish shop to weigh the garouper. It weighs 4.5 kg on the scale. 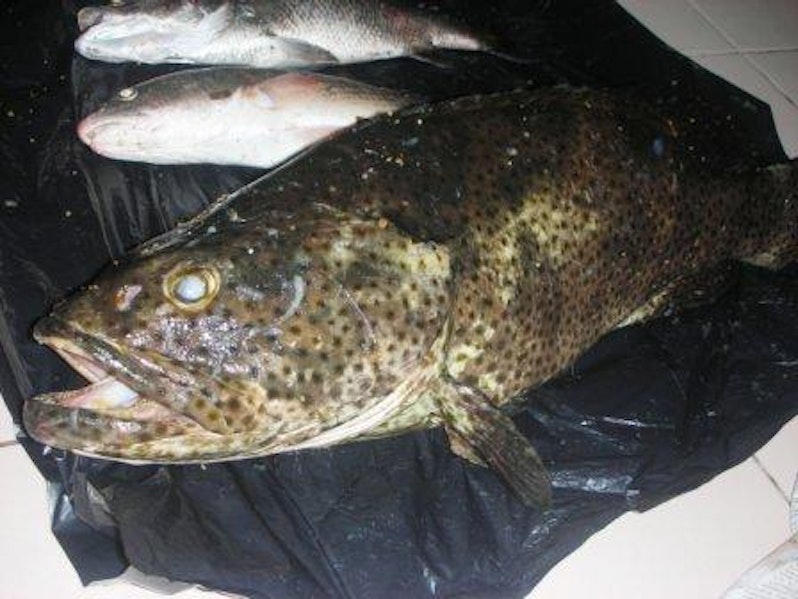 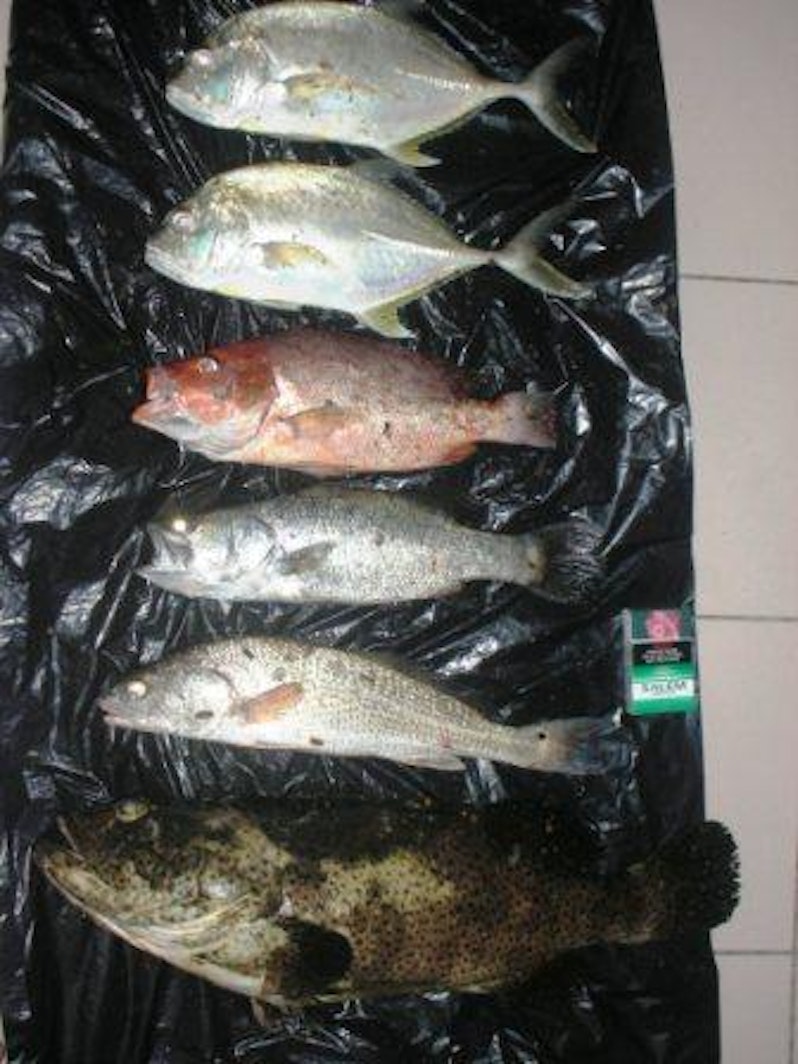