fishpullipull
October 2006 edited November 2006 in Catch Reports
"But Papa,... it's only the second day of Hari Raya" said my little one...

Slick,Nemo and myself headed out to Rompin for a hit and run fishing day.They wanted to be a little crazy and I was game. :smt118

Thursday 26th Oct 0200 hrs.Nemo and slick picked me up and we headed for Rom.
arrived rom at about 0600hrs.
Left docking area with boatman and fished for baitfish...and than to d main agenda
Finished to about 1730hrs and than headed for home.arrived home at about 2400hrs

It was to be a one day affair and Nemo was has never caught a sail....he was really looking forward to it.He did very well,he caught two. :smt038

While slick and nemo was fishing at the back of the boat for sails...i used Nemo's rod for a little bottom fishing.Thats where this fighter out of no where came to play.It was really strong and was jumping about just like a sea bass but only more aggresively.Passed the rod to Nemo(it's his rod anyway and wanted him to have fun) :smt082 Nemo was having a hard time and was caught in many poses trying to calm this Queene down.Eventually it was brought up .To be honest, for today,this bugger gave us a better fight and excitment than the sails.

The sails in the evening were more aggresive and wild.Pulling hard,jumping hard and furiously...They are still as beautiful as ever.

I'm glad that everyone caught something and even though the fishing is like a hit and run kind of thing,everyone(the three of us) caught something and had a blast.To nemo and slick...you guys are just as crazy :smt082 Attached are some pics i would like to share with you everyone.. 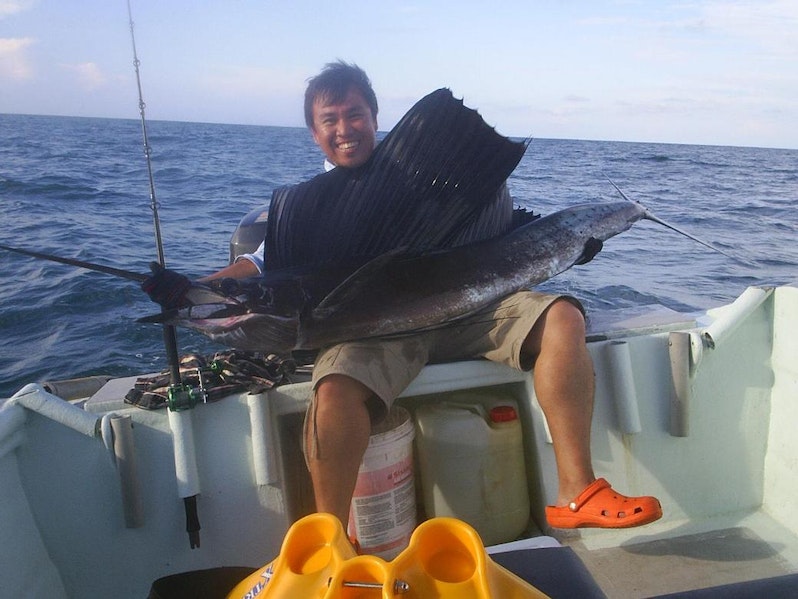 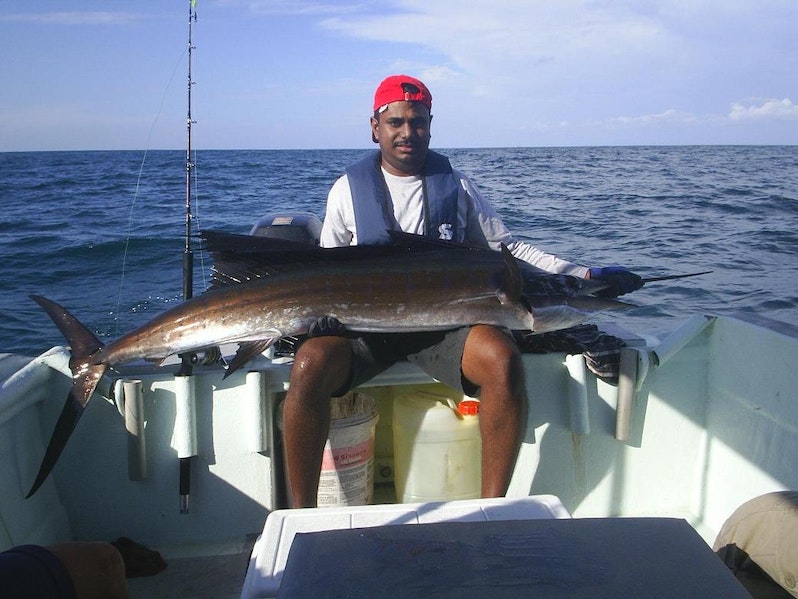 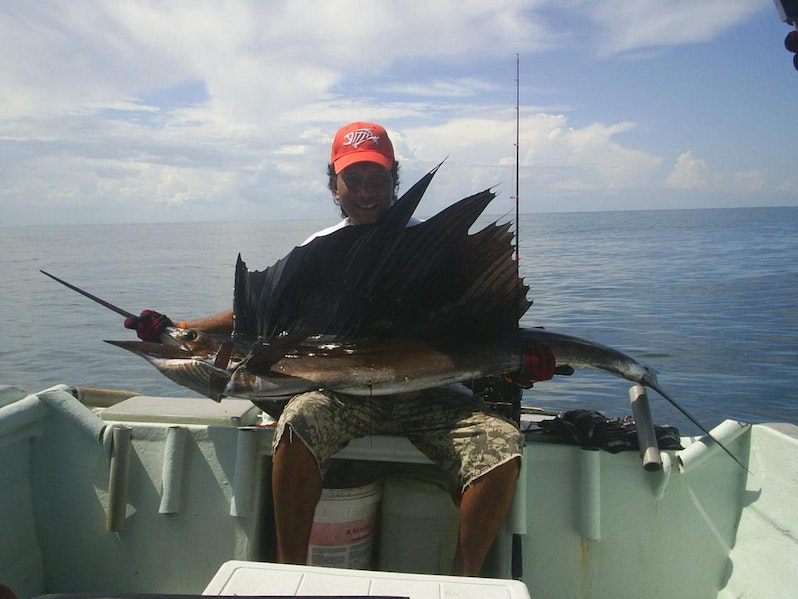 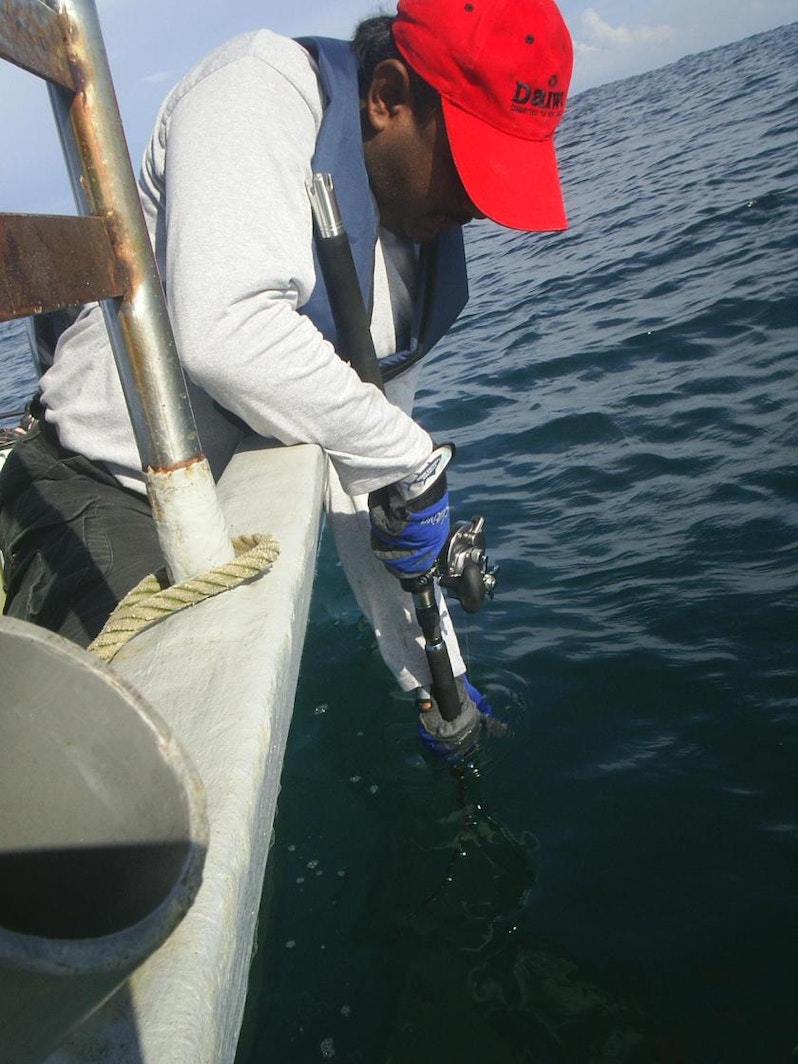 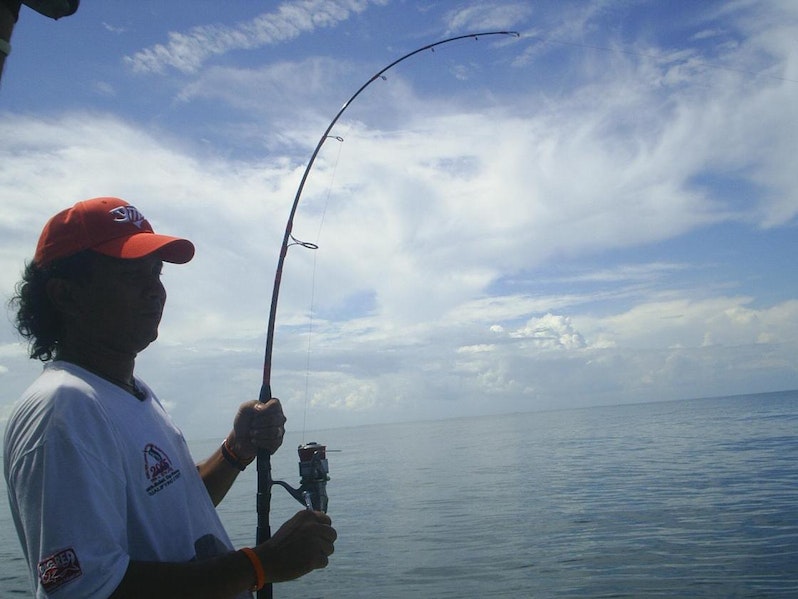 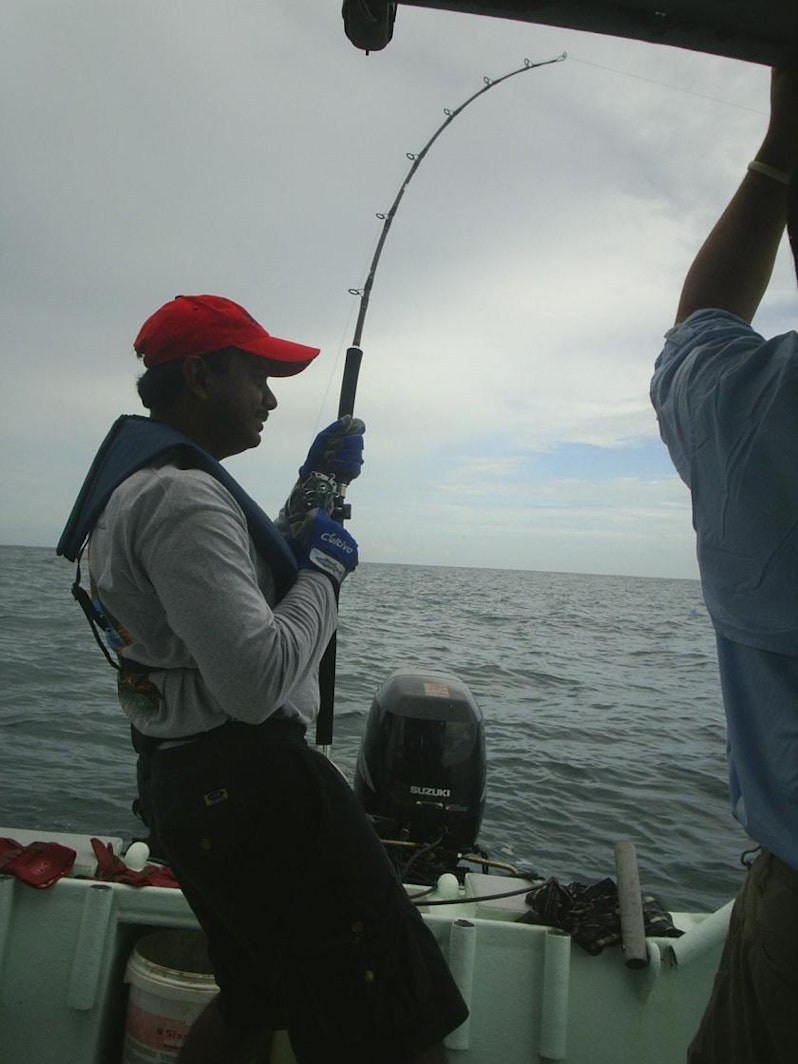 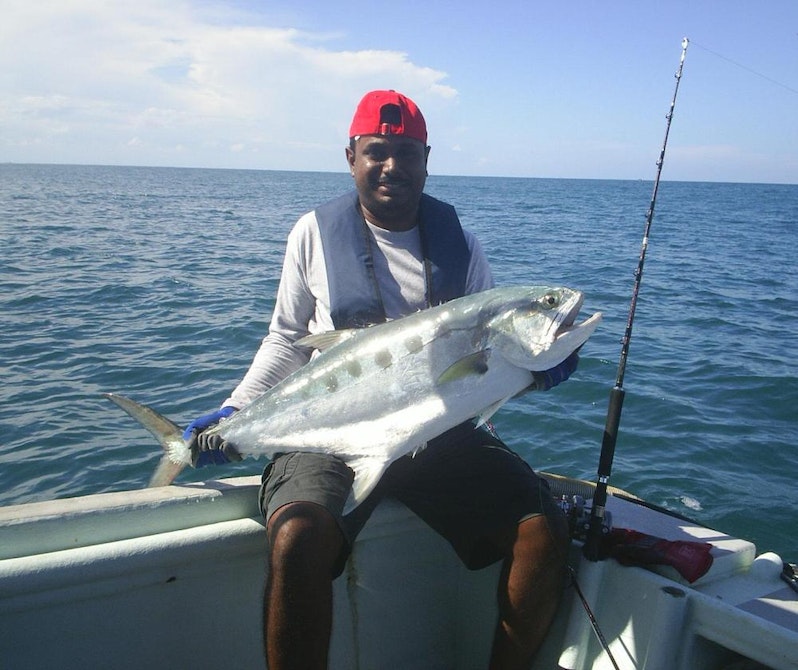 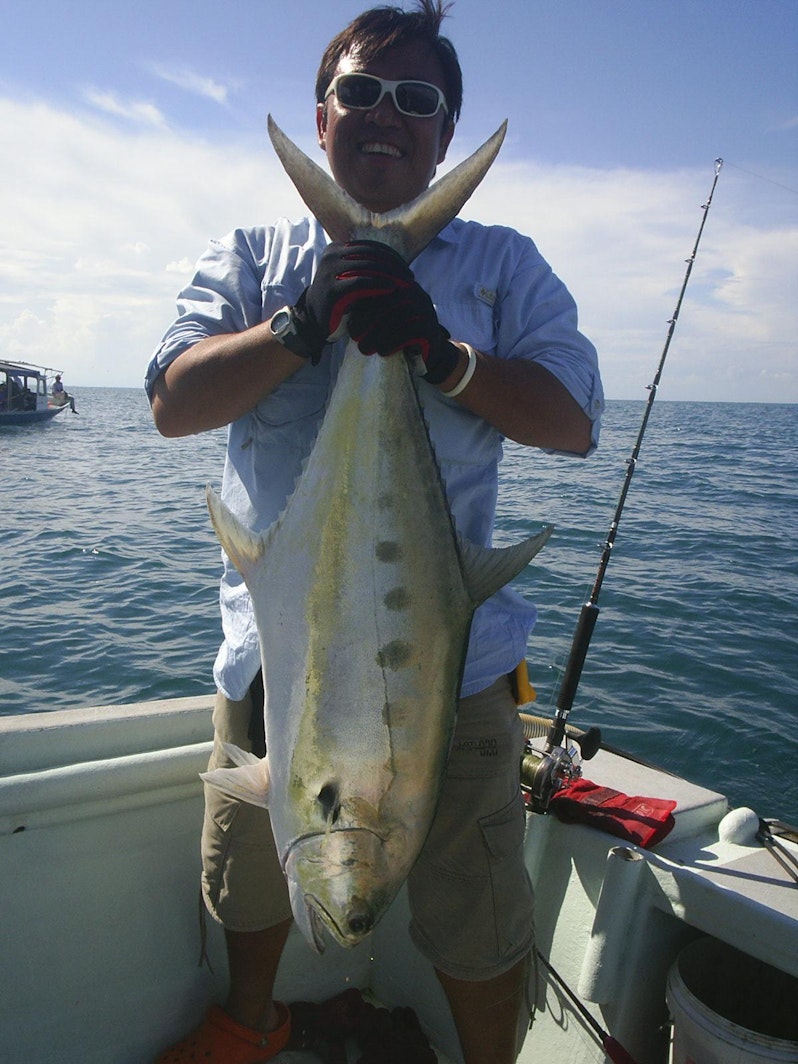