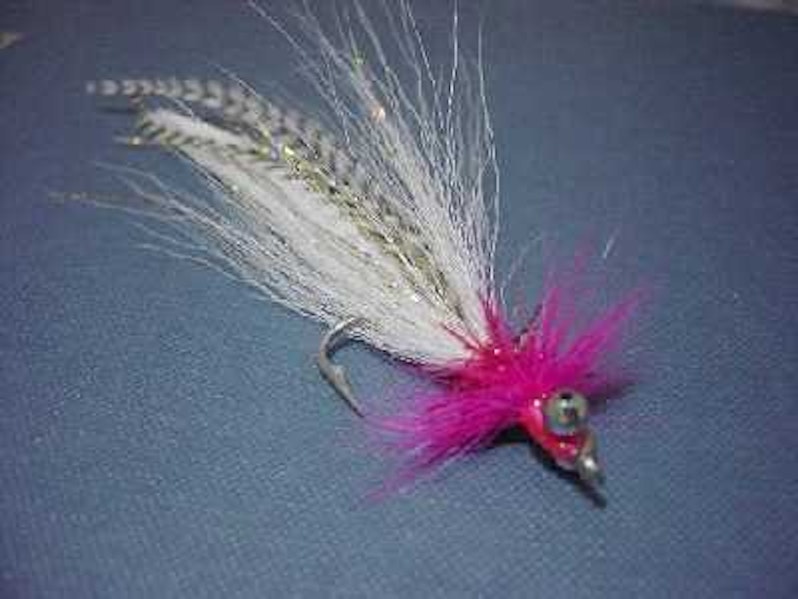 Using the thread, tie down 4 white saddle hackle as deceiver style 2 Grizzly hackle about 6 - 8 strands of pearl Flashabou on each side. (At the position of about 1/2 of hook shank length.)

Sparse White Bucktail over the top & bottom of hackles. (Not too dense.)

Tie down bead chain eyes after the collar, then coat the head with 5-minute epoxy.


Presentation Tips
Courtesy to the 1st initial brain child creation of Graham White, this pattern has become one of the greatest result producing pattern, at least in Asia Pacific. In it's own country, it is one of the top Australia pattern that can catch fish as parallel as Lefty's Deceiver in my opinion.

Here's some of my personal encounters using this fly pattern! 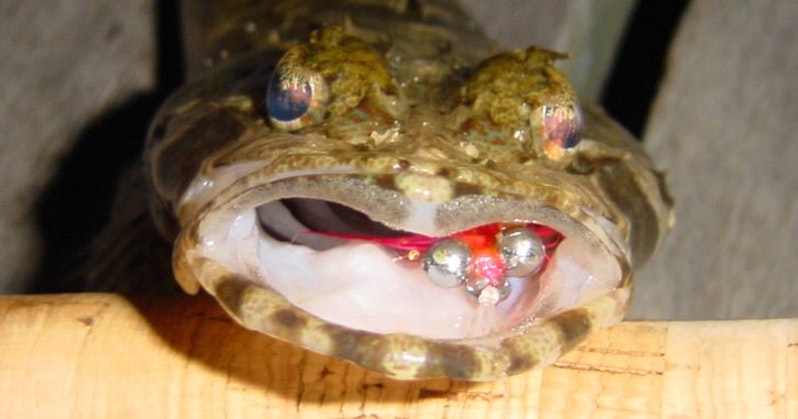 Flathead on the Pink Thing. 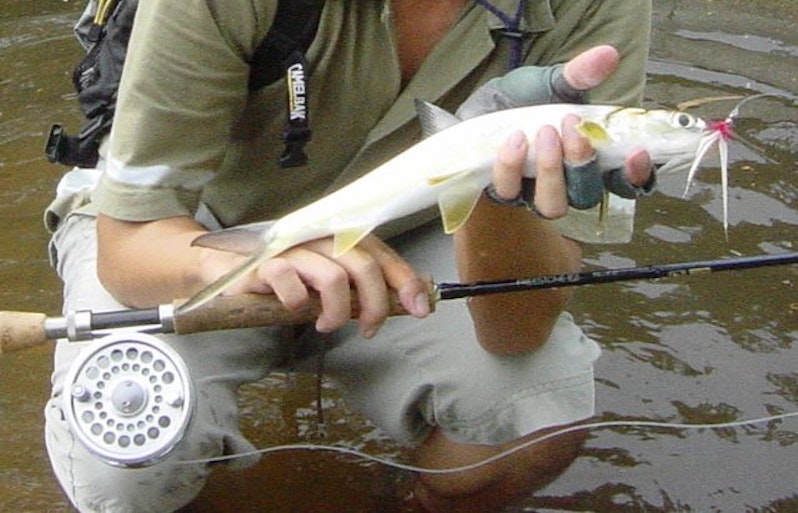 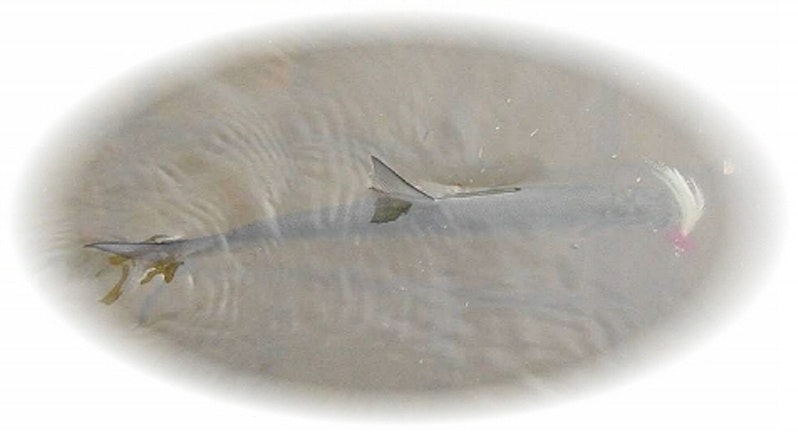 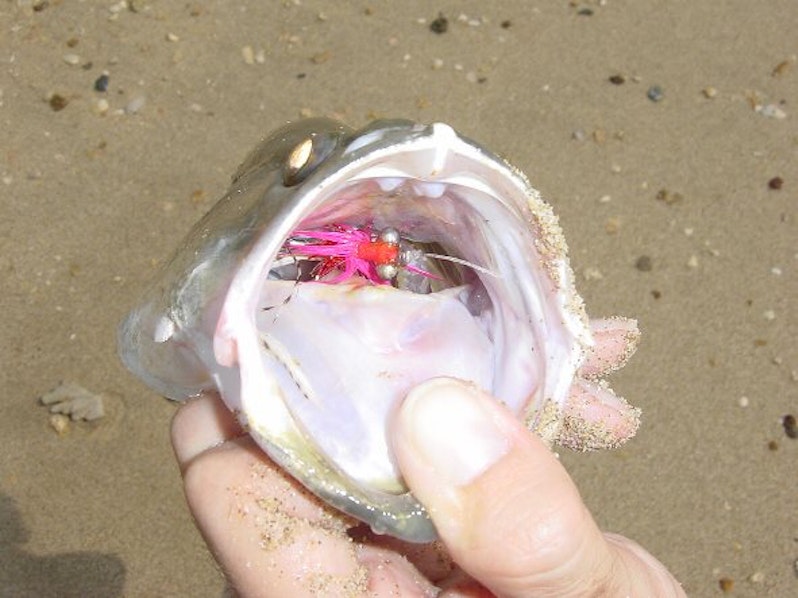 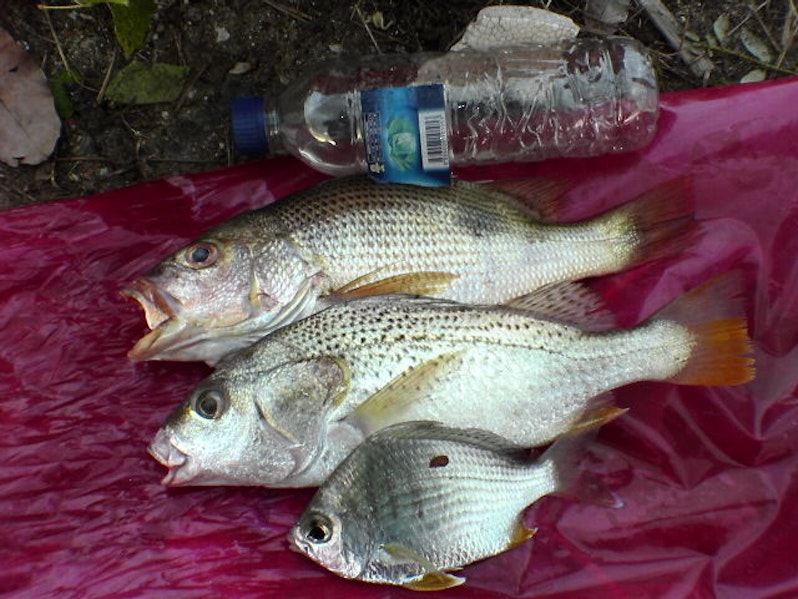 Here a grouper scored under this pattern! 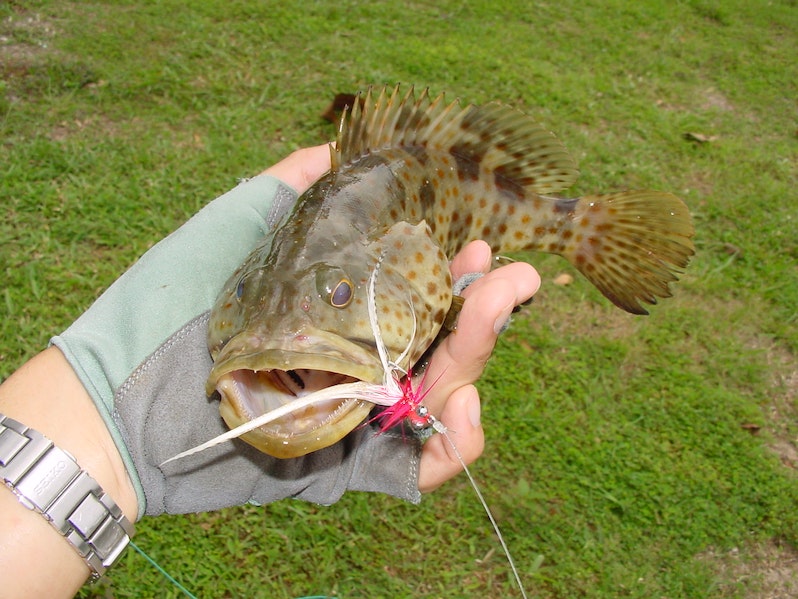