we are out again in Changi waters, Alvin Ong and Jimmy Aw and me... on our fav charter.

We started off casting lures at the low tide mark where the breakwaters are all exposed and we busted out a bunch of different lures including deep divers, shallow lures, and I even started tenya fishing early at the shallow breakwaters...  but to no avail...

Then we moved to our next spot and tried again with lures and tenya...  as usual...  the blue line hinds were a menace....  Our frens kindhearted wishes of LJLJ (Lo Jia Lo Jia) were getting to be kind of a curse...  LoL

Pulling out a slightly bigger sized prawn, I cut off the tail with my Daiwa scissors (like they do on the Daiwa YouTube channel) and pierced it onto my tenya.
Dropping it down into the slightly shallow area of about 2 to 3m... I began to lift up and down, hoping to tempt something to bite. (and hopefully not the blue lines or arumugams)

Then it struck...  the Daiwa Kohga AGS rod bent over doubled and I realised it wasn't a small one, it began to lunge and take line against my Daiwa Kohga EX 2508 R-PE with only Varivas PE 0.8 line and Seaguar #6 leader on it.  Around me, Jimmy was guessing grouper, our captain was thinking otherwise...  I was beginning to feel that it might be different since it felt a bit like the take of the MJ on last week's trip.

As it began to tire from running against the drag and the supple rod's backbone, I managed to bring it up in slow circles...  then a flash of silver showed.  I knew immediately, ACK

The captain was waiting with the net and I just guided the fish up with ease, closer and closer to the net and finally...  it was caught. 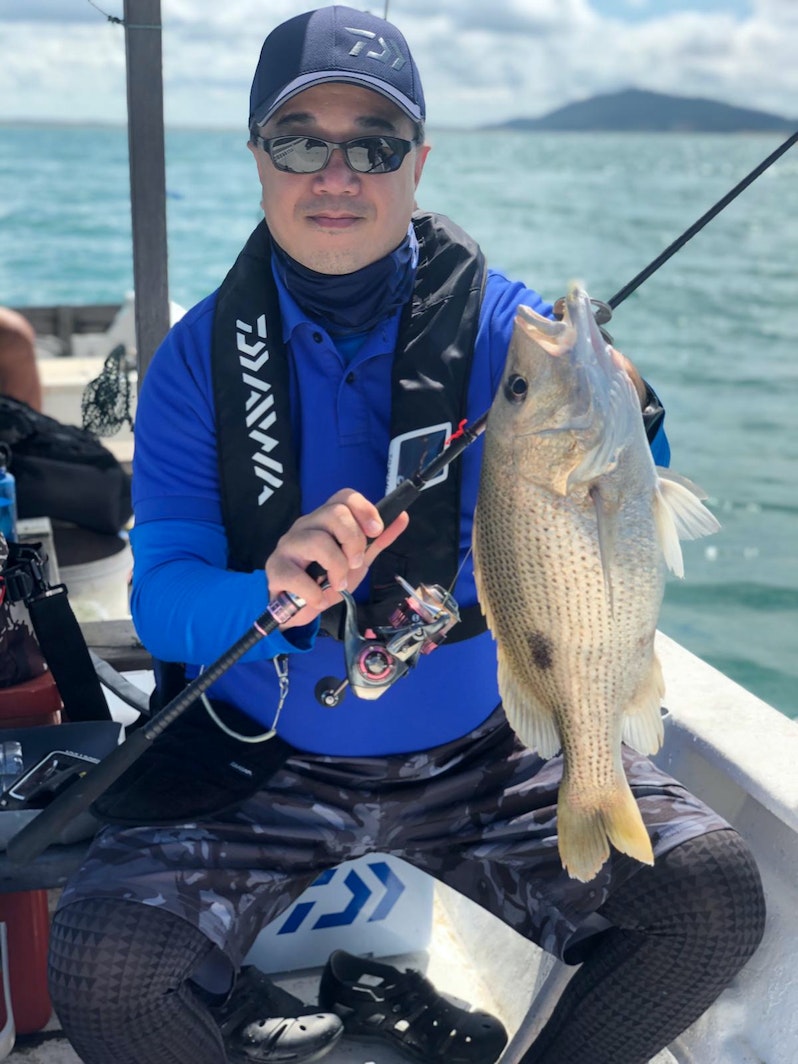 Jimmy began switching around between divers and rubber minnows...  and he managed to tease this fella into biting 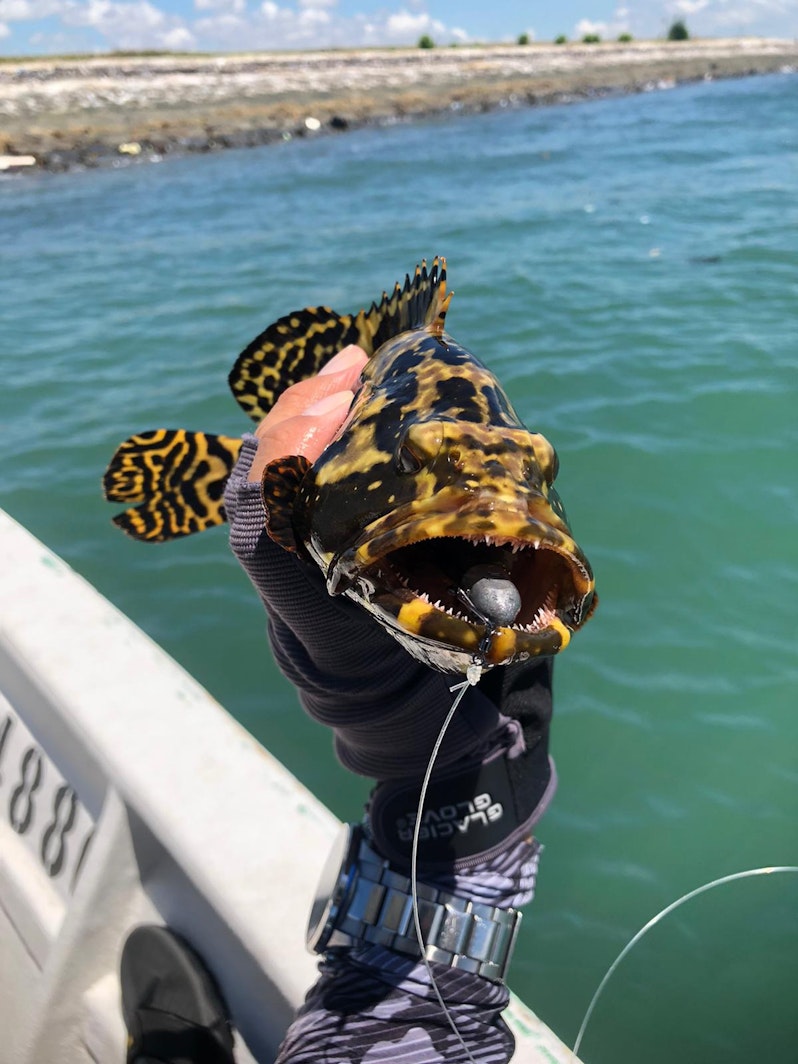 Unhooking it, we realised it was feeding just earlier on a crab 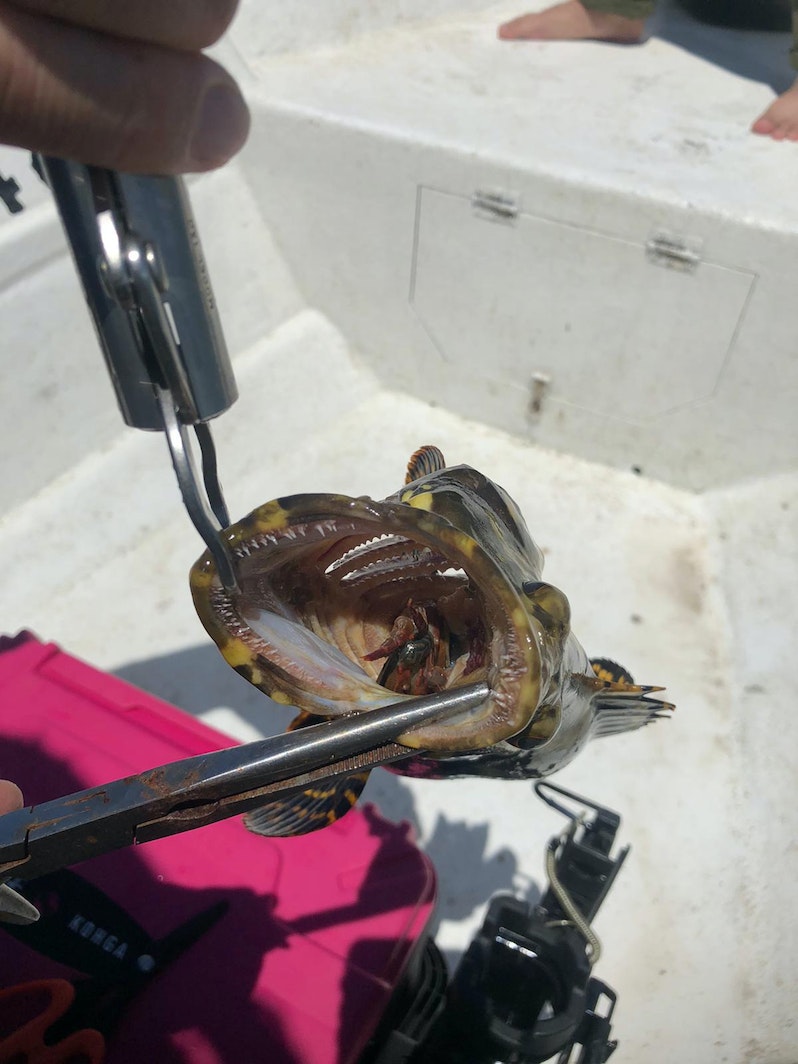 And even this small fella wanted a piece of the rubber.  Deep throat... 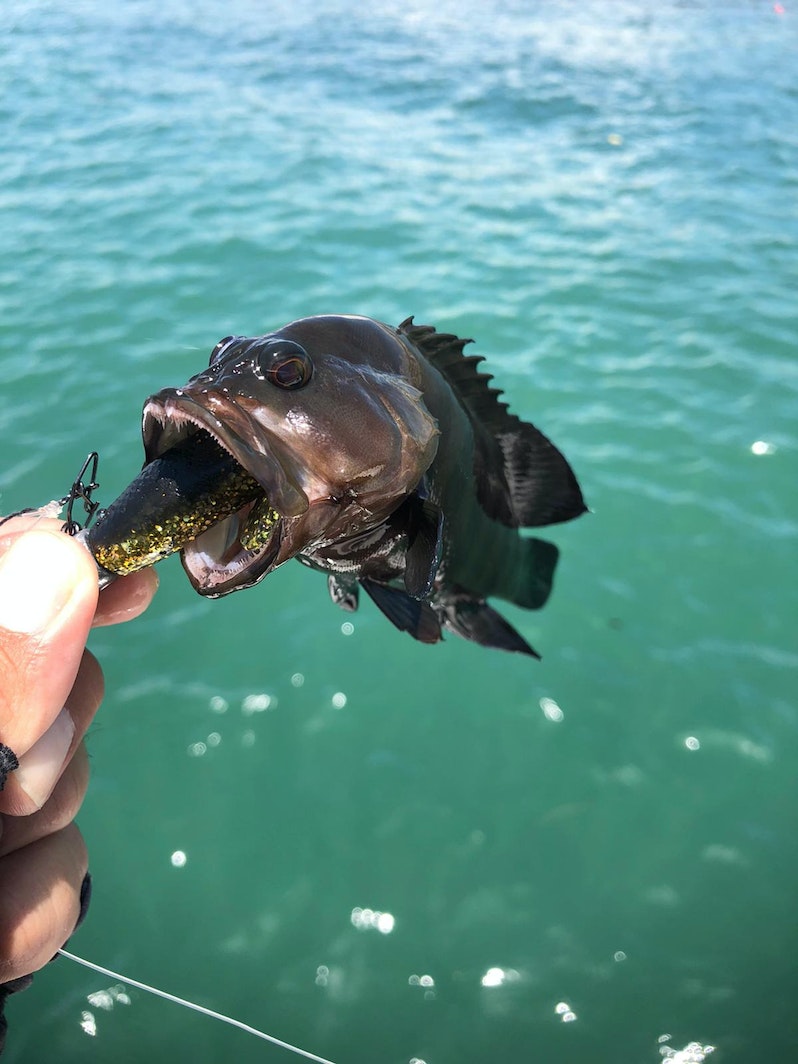 Alvin was cleaning out with blue line hinds, wrasses, tuskfish, russel's snapper, and the like...

And I was still being "blessed" with LJLJ of blue line hinds.  I think I broke last weeks record of number of blue lines landed and released...

Jimmy switched to his deep diver and got this fella to bite. 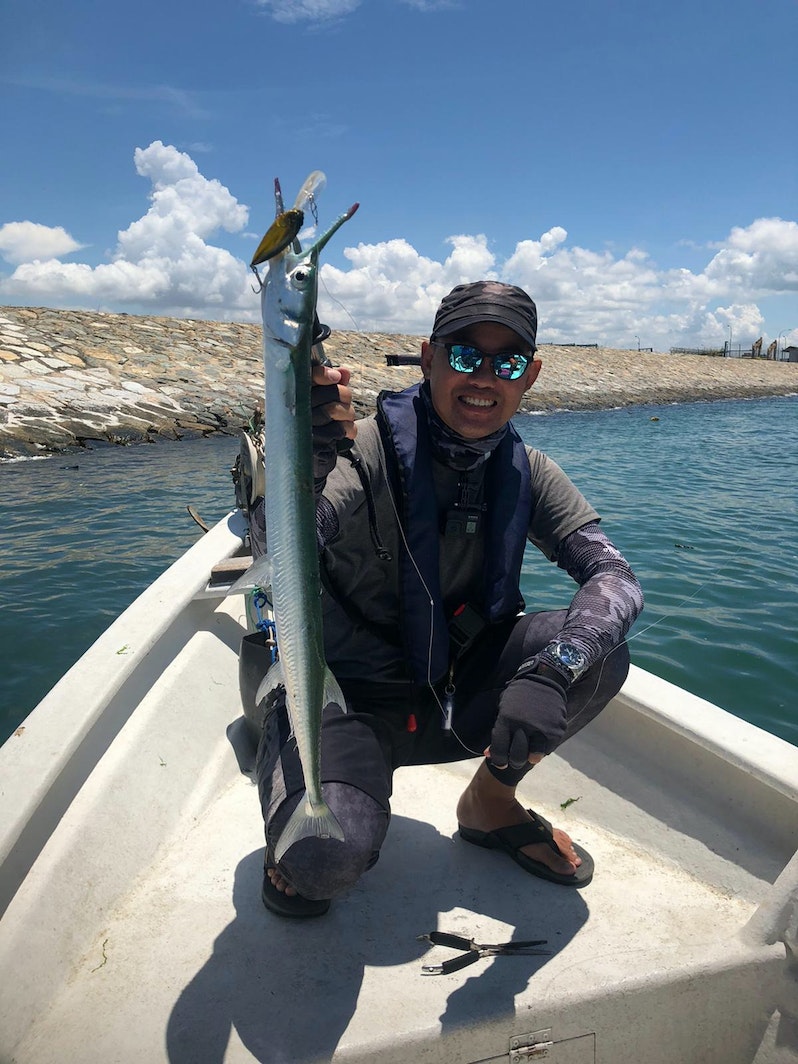 And weirdly enough, this fella too....  mebbe it was munching on the seaweed which got caught on the diver. 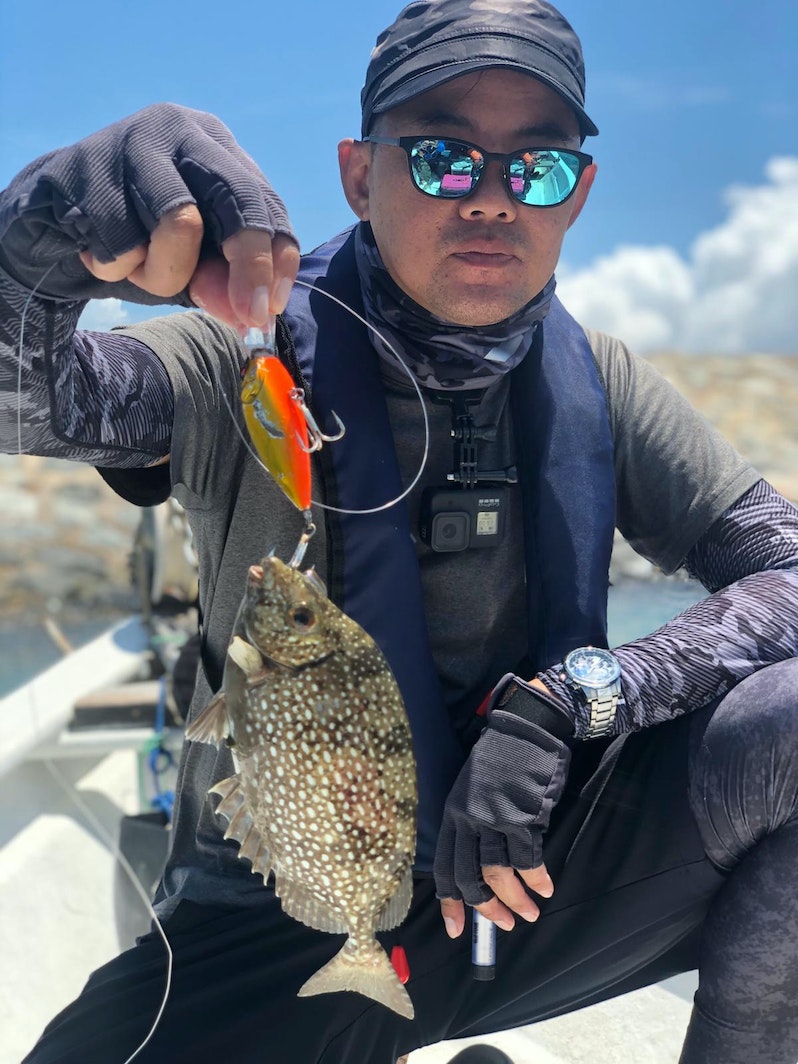 We cleaned out the tank of prawns....  totally...  my last prawn even managed to let me land 3 more blue line hinds before it was consumed and forced us onto the lures again.
Last few casts proved to be futile and we decided to pack up and head back early...